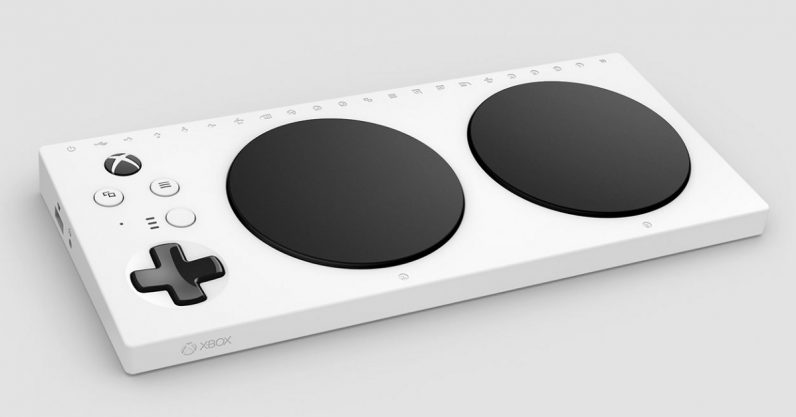 The Xbox One may be getting a new controller built to help those with disabilities get into gaming. If it’s real, it needs to catch on, because its design could not only help multiple gamers who might otherwise struggle, but it could start a trend with the rest of the industry.

The controller itself features oversized A and B buttons, along with several impressions near the top which appear to represent different functions, as well as an LED light which might indicate you can program it with different modes. It also has a USB port and a headphone jack. There’s no indication whether the buttons are touch-sensitive or not.

Twitter user @h0x0d leaked the image of the device. Windows Central reported it was designed around accessibility, and that Microsoft had been working on just such a controller on the sly.

Gaming is a great pastime, but there’s no getting around the fact that most games require precise motor control which can present many difficulties for those not typically abled. And game controllers, even across brand lines, tend to have the same basic shape and silhouette, meaning there aren’t a lot of turnkey solutions for those who don’t find such controllers comfortable.

Charities such as AbleGamers have created custom controllers to help such gamers enjoy games to the fullest, as well as modified existing controllers to allow people to control games with everything from their eyes to their mouths. While this Xbox One controller wouldn’t solve every case, assuming it’s real, having a controller built by a major company with these gamers in mind would fulfill a need among many gamers would otherwise would have to go out of their way to find a solution.

The Xbox One Elite controller was already a boon for disabled gamers, according to Engadget. The controller is customizable and its parts can be easily removed and replaced. Details about an Elite V2 Controller were also leaked earlier this year, and it bore several similarities to this alleged leaked controller.

If this controller is what we suspect it to be, we may find out more about it at E3 next month.

Read next: Google just made its cloud storage more affordable (and confusing)