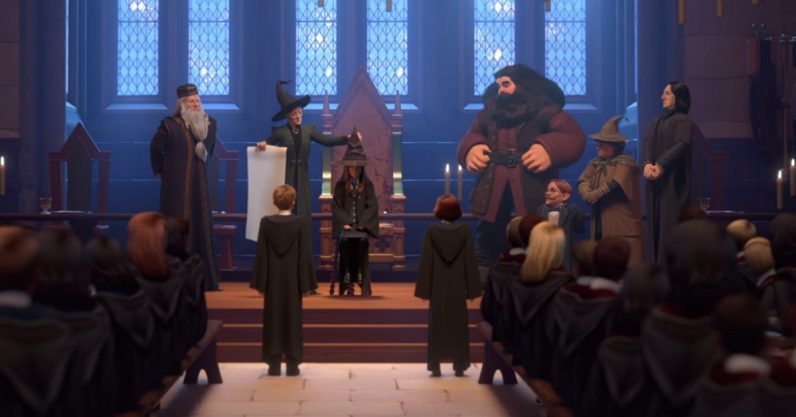 The new Harry Potter app brings you to Hogwarts, then proceeds to bog you down in menial microtransactions. It’s enough to kill the magic — for the most part, anyway.

My love for the Harry Potter series has been going strong for almost two decades now. When I realized today was the release day for Harry Potter: Hogwarts Mystery, I was excited until I remembered the upcoming Niantic game is called Harry Potter: Wizards Unite.

Still, I’m a good Potterhead, and I generally can’t resist anything with J.K. Rowling’s brand on it, so I decided to download the game and see how it fits into the world of Harry Potter.

At first, some parts of the game aren’t so bad: The layout of Hogwarts is generally in line with what we saw in the movies. Getting to fly and cast spells is satisfying. Some familiar characters pop up in younger form: Bill Weasley and Tonks, for example. The game makes a big deal out of the fact that actors from the movies reprise their roles, though you hear them speak so rarely it amounts more to an easter egg than anything else.

Still, for something with pretensions to fitting into established lore, the game sure crowbars in an awkward character backstory for your character. I was told that my brother was expelled from Hogwarts for an unspecified crime and disappeared. At first I was disconcerted because I thought the game was referring to my real-life brother, but then realized this was actually a set event in the game.

Not to get too inside baseball, but this backstory — in which your brother committed an unspecified offense, was expelled, and hasn’t been seen since — doesn’t fit with the timeline. At the time this game takes place, Harry Potter is about four years old, and the wizarding world is only three years past a gruesome war in which several people willingly worked with a maniacal magical dictator. That means at least some of my character’s classmates would have been Death Eaters’ children, and yet the game would have me believe everyone’s suspicious of and picking on me (up to and including the teachers) because my older brother washed out of school. It’s like a bad HP fanfiction.

I should have realized the game would find a way to shove microtransactions into the game. In this case, the game gives you an energy meter, allowing you to perform only so many actions at a time. The energy will refresh slowly over time, though you can also purchase energy boosts which will allow you to keep performing actions such as your in-class spellwork.

Why not have the game say “Sorry, you don’t have enough energy for that” before the class or event you’re trying to do. That would have saved me some frustration. As it is now, I try to get through a flying lesson and have to stop playing for three-to-five minutes at a stretch because apparently my character has the metabolism of a Thoroughbred racehorse and can run out of it in the middle of class.

Granted, I haven’t made it past my first year, but if this is the kind of gameplay I can expect, I doubt I’ll go very far in Hogwarts.

Read next: Scientists can now keep brains alive without a body