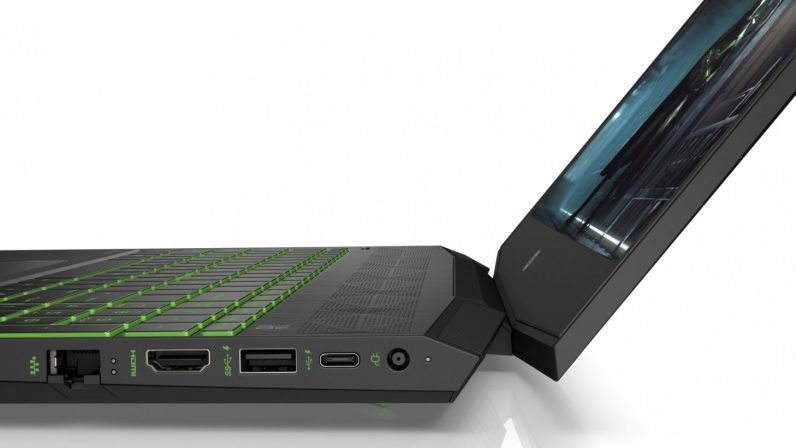 Just a few days after Dell revealed its new budget oriented-gaming laptops, HP is announcing a similar line of its own. While they won’t knock your socks off regarding total specifications, they provide a solid spec sheet for their price point.

Omen is HP’s brand aimed specifically at gamers, but these new products fall under the mainstream Pavilion series, with a price to match. The simply-named Pavilion Gaming Laptop starts at $799, and offers the following at that price:

That’s a solid setup for eight benjamins; the 560X should be roughly equivalent to an Nvidia 1050, so that should be enough to play most games at decent settings and 1080p. For $1019, you can bump things up to an Nvidia 1060 Max-Q, a 144hz 1080p panel, and a Core i7 Processor, which is a great budget setup for FPS players or others who value frame rates over resolution (although a 4K option is available too). The only real disappointment is the lack of a Thunderbolt port and that RAM seems to be limited to 8GB, which seems pretty bizarre for a gaming laptop in 2018.

HP has two gaming desktops on the way too. The ‘690’ model costs just $549 and sports an AMD Ryzen 3, 8GB of RAM, and a Radeon RX550, thought it can be configured up to an RX 580 or Nvidia 1060. All this is packed into a small tower for people who want to save space. It’s still user-expandable but it only accepts half-length video cards