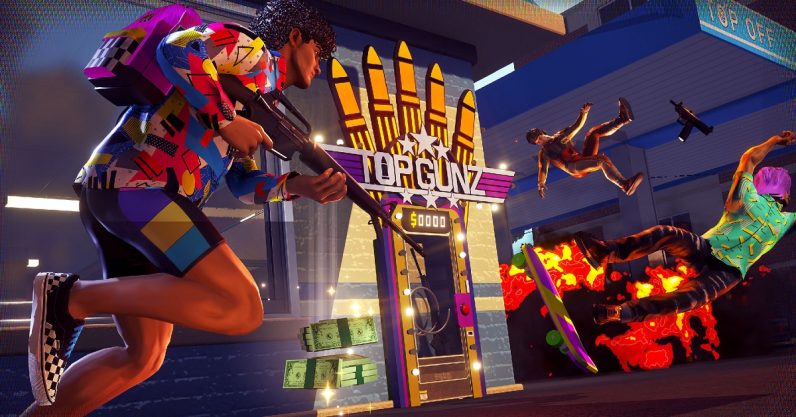 Battle royale game Fortnite is down, meaning millions of gamers are in need of an outlet. Many of them have elected to switch to Radical Heights, a similarly colorful, free game, bringing unexpected attention to the company behind it.

Fortnite is currently one of, if not the most popular game on the planet. At last count (by Epic Games’ stats), the highest number of concurrent players in the game was 3.4 million, and 45 million players overall.

Epic Games officials last night announced they were taking Fortnite offline for emergency maintenance, and it was down for roughly 14 hours by my count.

We're bringing the servers offline for emergency maintenance. We apologize for this inconvenience. We currently have no ETA on when servers will be back up. Stay updated with our status page here: https://t.co/3y0X6buriO

So what are millions of gamers to do when their game suddenly goes down?

They could head across the aisle to the other popular battle royale game, PlayerUnknown’s Battlegrounds, but that game comes with a $30 entrance fee. If you’re used to Fortnite‘s free-to-play model, you’re not likely to drop $30 just to distract yourself until the servers come back online. That’s simple economics.

So bored gamers were looking for an alternative to scratch the itch, and it seems many of them have moved over to a similarly colorful, free battleground game, Radical Heights.

Contestants! To meet the sudden demand of all of you rushing the Dome, we're scaling up our servers (along with adding Korea)! There will be no downtime & this will not affect the gameplay…unless Ken spills cola all over our modem…which has happened before. He's the worst.

Radical Heights has only been out a few days, and is the latest effort from Boss Key Studios. The company’s previous game, hero shooter Lawbreakers, was met with (to put it charitably) mixed reviews. This month, in the same statement where Boss Key admitted Lawbreakers “failed to find enough of an audience” to sustain itself, the company said it was working on a “a passion project” which would have to take precedence on their attention.

If Radical Heights is the project in question, it’s certainly met with warmer reception than its predecessor.

Got my first solo kill in @Radical_Heights today. Something I've never accomplished in Fortnite or PUBG.
Have I found my new calling???
Thanks for hanging today! <3

I've seen at least 3 or 4 things in this Radical Heights game that would be soooo sick in Fortnite lmao.

Live for the day! Starting with @Radical_Heights until fortnite's servers actually stop melting.https://t.co/QC3Dpr8MTr

Within hours, the game shot into the Steam Top 100 and thousands of Twitch streamers began playing it — among them Drake’s buddy Ninja, with hundreds of thousands of viewers watching. For its part, Radical Heights also seemed to struggle with the demands of win-hungry players:

Contestants! To meet the sudden demand of all of you rushing the Dome, we're scaling up our servers (along with adding Korea)! There will be no downtime & this will not affect the gameplay…unless Ken spills cola all over our modem…which has happened before. He's the worst.

Now that Fortnite‘s servers are back online, it remains to be seen if the fair-weather battle royale fans will remain. At the moment, the number of Twitch viewers, usually a good barometer for popularity, have dwindled from five to four figures. But in a genre that’s otherwise so dominated by two games, it’s an unexpected windfall for an indie underdog.

As for those gamers who haven’t scurried into the comforting arms to another battle royale game, I think we can guess where at least some of them went:

Please hurry or our servers will crash next. https://t.co/EjWUs0dgZY

Read next: 12 futuristic technologies that could become reality in 2018