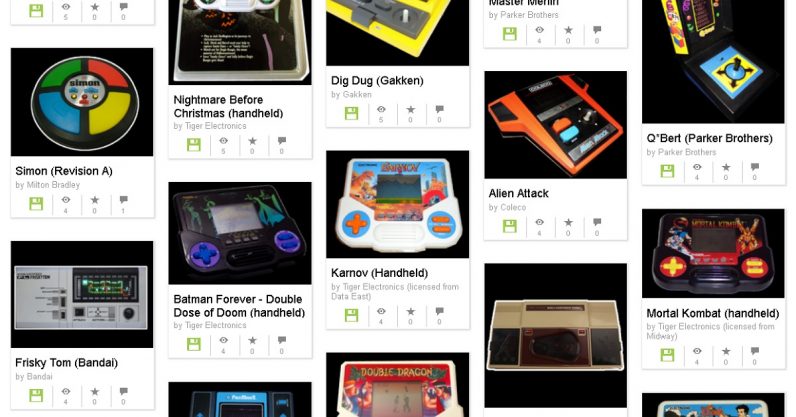 Over the weekend, the Internet Archive announced it was offering a new series of emulators. This time, they’re designed to mimic one of gaming’s most obscure artifacts — handheld games.

When I say a “handheld game,” I don’t mean the Game Boy or the PSP — those are handheld consoles. These are single-game handheld or tabletop devices that look and feel more like toys. The collection includes the very old, mostly-forgotten games sold in mini-handhelds from the 80s onward.

You might be able to recognize a few of these devices — the Tamagotchi, for example. Others are decidedly more esoteric. I can only imagine how many afternoons were spent prowling flea markets and pawn shops looking for these things. Did you know there was a Mortal Kombat handheld made by Tiger Electronics in the 90s? I didn’t, but now I can emulate it in my browser.

Emulating the primitive hardware of these handhelds is understandably difficult, and in some cases involves the destruction of the handheld itself — For example, some of the backgrounds are built into the LED display itself. In order for the game to look like the game, the display must be pulled apart and scanned.

This is the latest in the Archive’s continuous efforts to make anything and everything playable in your browser. It’s already emulated some of the most popular DOS games of yore. For the moment, the collection only has about 60 emulated devices available. Jason Scott, a contributor to the Archive, said on Twitter that more emulators should be added as the kinks are worked out.

Some Very Entertaining Plastic, Emulated at the Archive on Internet Archive

Read next: Kids are struggling to hold pens, but is handwriting still fit for a digital age?