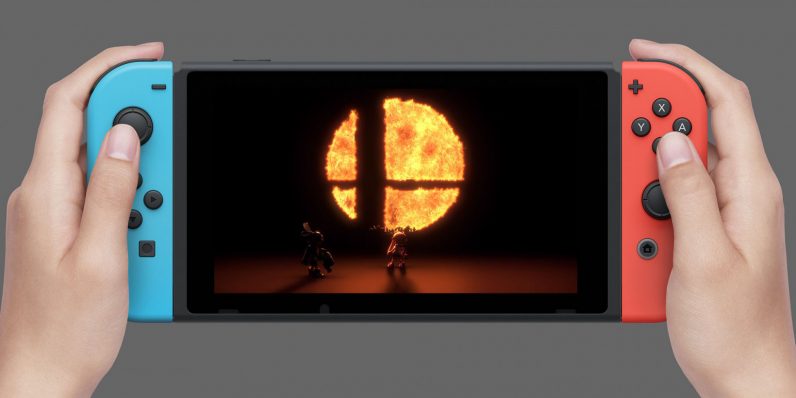 Super Smash Bros was confirmed for the Nintendo Switch this year in a surprise announcement during today’s Nintendo Direct. In honor of said announcement, I thought I’d express my hype by smashing on my keyboard.

Now that that’s out of the way, I wish I had more information to give you, but pretty much the only thing we know for sure is that Splatoon’s inkling and Breath of the Wild’s Link will be in the game. At this point, it’s not even clear if this will be an entirely new game or a port of Super Smash Bros 4 onto the with some added characters.

I’m hoping for the former, but either way, I’m excited. The Switch’s power and portability means we’re finally getting a full-fledged Smash version I can play on the go. Sorry, 3DS version; you were great, but the Switch is still a home console.

A quick glance look around the interwebs shows I’m far from the only one who’s hyped:

Me when they hit me with that Smash Bros. symbol at the end #NintendoDirect pic.twitter.com/ZvE90KH4pk

Honestly i need to know WHO pitched this trailer because it was one of the most scary / unexpected teasers i've ever witnessed or HEARD for a NON HORROR / DRAMA GAME LOL WTF #Nintendodirect pic.twitter.com/vhsolj8B8F

I expect the flaming-smash-logo-in-your-eyeball screengrab will quickly attain meme status.

Anyway, you can watch the announcement video below. If there’s one thing Nintendo has mastered, it’s the art of the surprise reveal. You can bet the Smash community will be analyzing every frame of this video for more details; hopefully we don’t have to wait until E3 for more.

Read next: Twitter CEO wants to open up verification to everyone