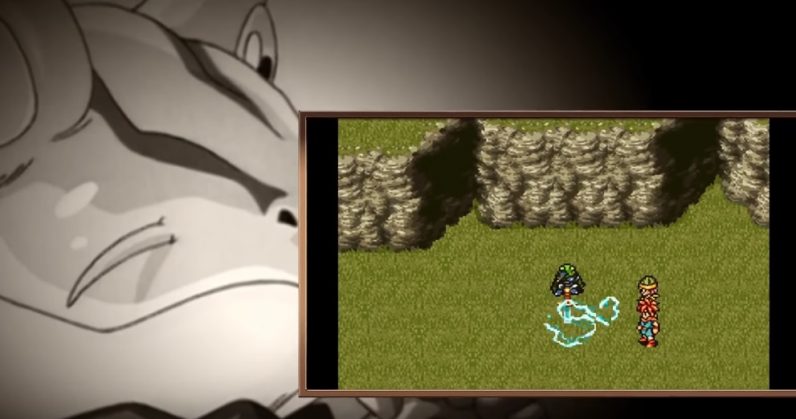 Square Enix surprised fans today by releasing Chrono Trigger on Steam, making it the first time the cult classic has been ported to PC.

Fans should be cheering. Instead, they’re groaning over the game’s terrible quality.

The Steam release appears to be a port of the seven-year-old mobile version of the game. Let’s just say this particular version doesn’t look good on Windows. It has the tile-based interface, intended to go hand-in-hand with touch controls, an ugly font, and buttons which stay in the corner of your screen the whole game.

This looks like someone's first attempt at an RPG Maker game. pic.twitter.com/1cd6YxTdZU

Oh, and you apparently can’t remap the controls, which is anathema to PC gamers.

For the record, Chrono Trigger has been released multiple times since its original 1995 release on the Super Nintendo. It’s been released for the original PlayStation and the Nintendo DS, before finally getting mobile ports to iOS and Android in 2011.

I only mention this because you have to be really trying to get a game with this many ports and remakes to look this bad. Granted, I’ve only seen videos and screenshots, but it looks plenty ugh.

I know Square Enix can port handheld games successfully. Final Fantasy Type-0 — a PSP port — suffered from muddy textures, but was otherwise a passable port. I’m not sure why the infinitely more popular Chrono Trigger was given short shrift.

Oh No, Chrono Trigger Looks Awful On PC on Kotaku

Read next: Aspiring YouTube star? It's time for a reality check.