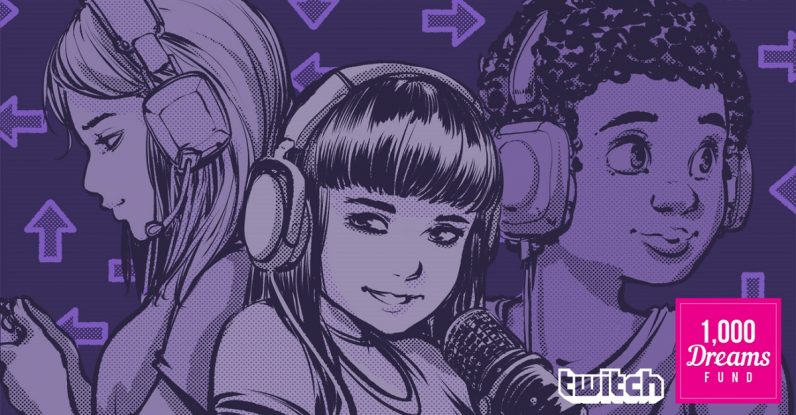 Twitch today announced a collaboration with nonprofit organization 1,000 Dreams Fund (1DF) to offer a special grant for female streamers, as well as a series of of charity streams to raise money for the nonprofit in question.

The BroadcastHER grant is designed to support female Twitch streamers, is worth between $500 to $2,000, and is awarded to two people every academic semester. To be eligible, applicants must be enrolled in high school or college, and have a demonstrable financial need.

According to 1DF, the grant is intended to pay for “travel to gaming conventions, educational conferences, hardware upgrades, and instructional programs related to creative or artistic pursuits.”

As part of its new collaboration and to celebrate Women’s History Month, Twitch is also partnering with ten streamers for a month of charity streams called Stream for Dreams, which begins on March 1.

1DF offers grants to high school- and college-aged women who want to pursue education or interests that school costs don’t allow for. In the case of According to its website:

There are more than 20 million high school and college-age girls in the U.S., each of whom has her own hopes and dreams. But with parents’ limited expendable income and the high cost of college, these dreams can be out of reach. The 1,000 Dreams Fund’s model is to empower YOU to change that.”

Twitch, for all its virtues, isn’t always the most welcoming place for female streamers. Between sexual harassment and hostility towards any display of skin, it can be a little tricky to be a woman on Twitch.

As an organization committed to all dreams, we are excited to partner with members of the Twitch community on this amazing new campaign. The initiative will not only raise critical funds, but will also boost awareness around the shortage of support for these creative young women in the digital broadcasting space.

All funds raised through the event will fund the BroadcastHER grant, with Twitch offering merchandise to supplement donations. The complete list of the broadcasters, all popular female streamers — will be announced later this month.

TNW Conference 2018 features a track dedicated to this kind of self-improvement and growth through tech called Project YOU. For more information, check out our event page.

Read next: This new analytics tool for Gmail is actually really impressive