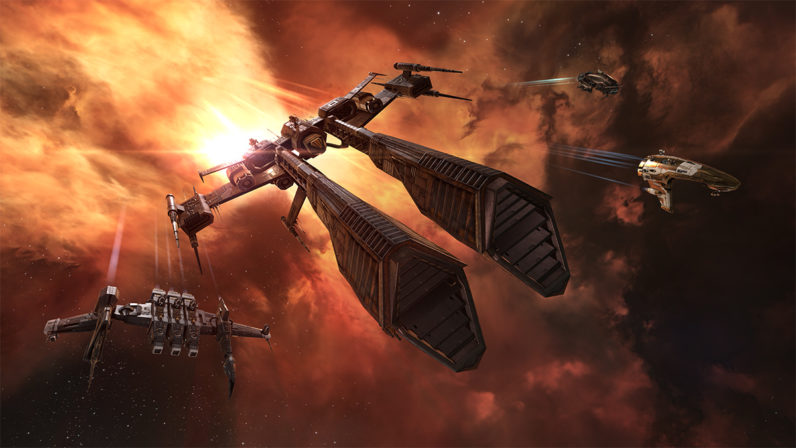 The players of EVE Online are currently in the middle of an intense battle which involves several thousand people and over $1,000,000 of war machines — the latter of which could be totally wiped out by this time tomorrow.

Essentially, two player factions are facing off in the same system. Over 6,000 players are currently logged in, more than any in a single system before. The Imperium is attacking a massive ship owned by the Pandemic Horde … and if you don’t know what those words mean, it’d take a slideshow and a thesis to explain. Short version: It’s a culmination of a long-standing grievance between two parties, to be settled on a larger scale than has ever been attempted in this 15-year-old game.

EVE players take their money very seriously, too — if you’ve never played, you’d be astonished to discover the amount of capital that’s moved around. The reason this battle is being designated as a “million dollar battle” is because over $1,000,000 of in-game items on which players have spent their money could be destroyed.

If you happen to catch one of the Twitch streams currently showing the fight, you might not have even an inkling of a notion what they’re up to. According to PC Gamer, developer CCP Games is using Time Dilation — slowing down time, essentially — to handle the burden of so many players at once, so the battles look positively glacial. Be assured you’re not missing anything of great import: the fun comes after the dust settles and we get to see how much the players wrecked.

The act of pouring real money into non-corporeal video game items has been brought to wider attention thanks to last year’s loot box scandals. But if you think the value of loot boxes in games like Battlefront II is crazy, you ain’t see nothing yet.

Read next: University of Michigan happiness study may have found the sweet spot for screen-obsessed teens