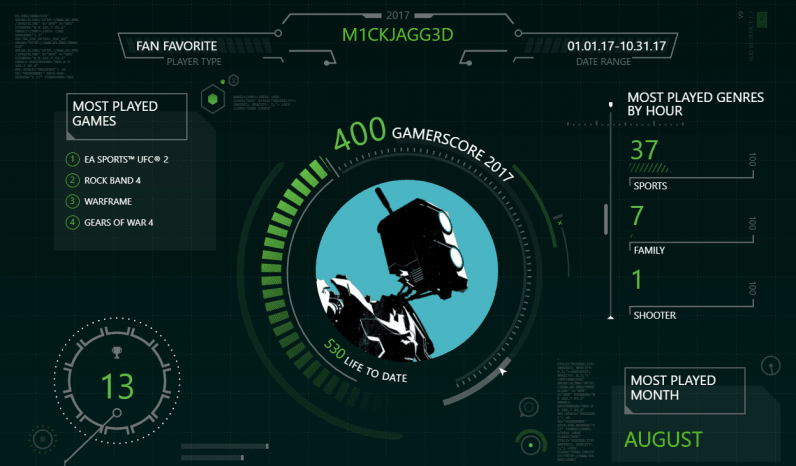 Gamers today can get an itemized breakdown of their biggest achievements as well as total hours spent in front of their Xbox over the past year. Microsoft’s new 2017 Xbox Year in Review site is basically a litmus test for couch potatoes.

After visiting the site and logging in with your Xbox Live Gold account, the page shows off a variety of stats. I would presume the display would be much more meaningful if I weren’t measuring my own stats (I typically game on PC or Nintendo’s Switch while on the go). But, here’s an idea of what all that magical data looks like.

The feature — the follow-up to last year’s Game Crest tool — even breaks down how you compare to both your region, and the world average. Seems I’ve got some catching up to do.

Read next: Facebook will make a ton of money from its influencer features — but it’s also good for your brand