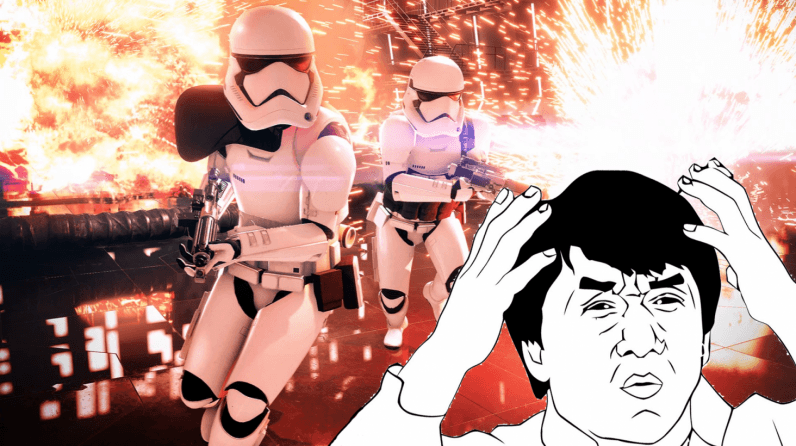 Update: As pointed out by PCGamesN, it appears the refund button is disabled for all pre-orders on EA’s Origin store – not just for Star Wars: Battlefront 2.

While EA does indeed offer refunds for up to seven days after a pre-ordered game launches, the refund button only appears once the game is out. This means that anybody who wants to cancel their pre-order will have to go through the customer support chat by default.

Or alternatively, wait for the refund button to show up once Battlefront 2 launches officially on November 17.

Just when we thought things couldn’t get any worse, EA has somehow managed to piss off Star Wars: Battlefront 2 fans even more. A day after the iconic gaming studio penned the most downvoted comment on Reddit, miffed gamers are reporting EA has nixed the Battlefront 2 refund button from its site.

Annoyed users, who ordered the game in advance, are flocking to Reddit to inform fellow Battlefront 2 enthusiasts that EA has gotten rid of the handy refund button from their customer portal. This means the only way to cancel an order is via the customer support chat feature.

But here’s the thing: the support chat feature indicates the expected waiting time to speak to an EA customer rep is over an hour, according to numerous users.

As you can expect, this hasn’t fared well with customers.

The whole Battlefront 2 affair started after Redditors calculated that, according to EA’s unlock system, players will have to grind for about 40 hours or more to collect enough game credits to unlock special characters like Darth Vader and Luke Skywalker.

Addressing this criticism, EA chimed in to explain the reasoning behind this move. Contrary to the response they were hoping for, the comment went on to become the most downvoted in Reddit’s history, attracting over 630,000 negative reactions.

In protest of EA’s ridiculous reward system, Redditors urged fellow members to express their dissatisfaction with the gaming studio by cancelling their Battlefront 2 pre-orders.

EA eventually announced it will lower the character unlocking difficulty by 75 percent. But it seems this didn’t curb the outrage.

For whatever reason, the game maker seems to have thought that dropping the refund cancellation could shift the wind in their direction. The community doesn’t seem to think so, however.

Read next: DevOps and cloud computing are the future of web creation — and you can learn both for under $45