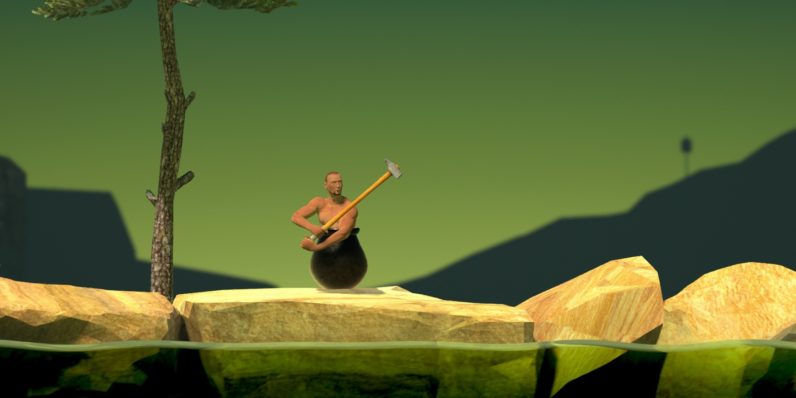 Bennett Foddy, creator of some of the most frustrating-yet-addictive interactive experiences ever made, is releasing a new game — and it might be his oddest one yet.

“Getting Over It with Bennett Foddy,” will be out on October 6 through the Humble Bundle with a Steam release later in the year. While describing the game in its trailer, Foddy says, “I created this game for a certain kind of person … to hurt them.”

In it, you play as a half-man, half-cauldron creature attempting to climb rocky terrain using a sledgehammer to hook yourself on ledges. To describe the game (and Foddy’s entire canon) in five words: “It’s harder than it sounds.” You don’t have any save points, so if you fall you have retrace all your steps again, which is an exercise in frustration. Throughout, Foddy speaks to you about why he made the game and coaxes you through your setbacks.

Foddy’s most famous game is “QWOP,” which you might recognize as that game where you control the legs of a runner with the titular four buttons, which somehow appeared in both The Office and the Museum of Modern Art.

In case you’re interested in diving into further frustrating weirdness, the other games in his alphabet soup series include “CLOP,” in which you control a unicorn with the HJKL keys; and “GIRP” in which you must attempt to climb a wall using an entire keyboard like a Twister sheet.

We’ve contacted Foddy for more information on his latest game (not that it needs explanation; I mean, look at it), and we’ll update if he tells us anything.

Read next: Let's face it: The best part of RollerCoaster Tycoon was killing tourists