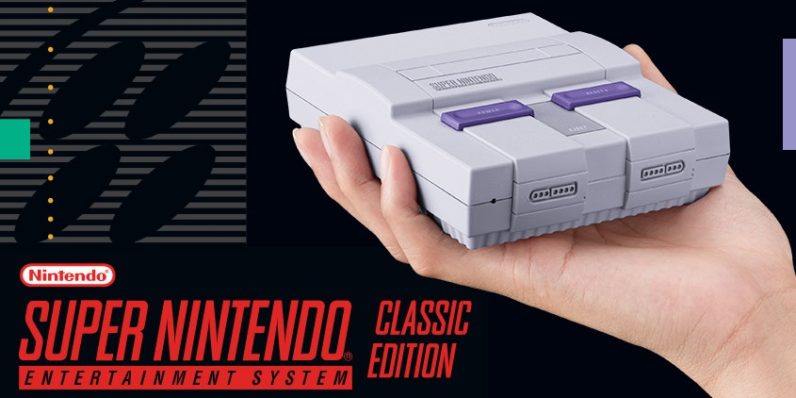 We all knew it was going to happen (or at least we hoped), and Nintendo today confirmed it: the Super Nintendo Classic Edition is coming out later this year.

The SNES Classic has been rumored to be in the works ever since the NES Classic was announced, if only because it’s a natural continuation of the idea. So the console itself isn’t really a surprise, per se — but its library does have one unexpected inclusion.

The biggest surprise for longtime Nintendo fans is the inclusion of Star Fox 2. The sequel to the original Star Fox was never released due to a tricky transition to the new console generation. ROMs have been available online for years, but I honestly never thought we’d see any kind of official acknowledgement of the game from Nintendo.

The other installed offerings include RPGs like Secret of Mana, Final Fantasy III, and Super Mario RPG. The console will come with two controllers so gamers who want to try out the fabled “local multiplayer” in games like Super Mario Kart and Street Fighter II: Turbo can do so. Kirby, Zelda, Samus Aran, and Donkey Kong round out the other offerings.

There are 21 games in total on the console:

One of the main problems with the NES Classic was its rarity: I’d call it a needle in a haystack, but that aphorism implies that the needle at least exists, even if it’s hard to find. The NES Classic was never intended to be a staple of Nintendo’s console catalog — it was supposed to tide over the audience until the Switch came out, so it makes sense to me that not many were ever made. Now that Nintendo’s seen how far nostalgic gamers are willing to go to get their fix, hopefully it will at least put out more than one production run of the SNES Classic.

The SNES Classic will hit store shelves on September 29, with a suggested retail price of $79.99.