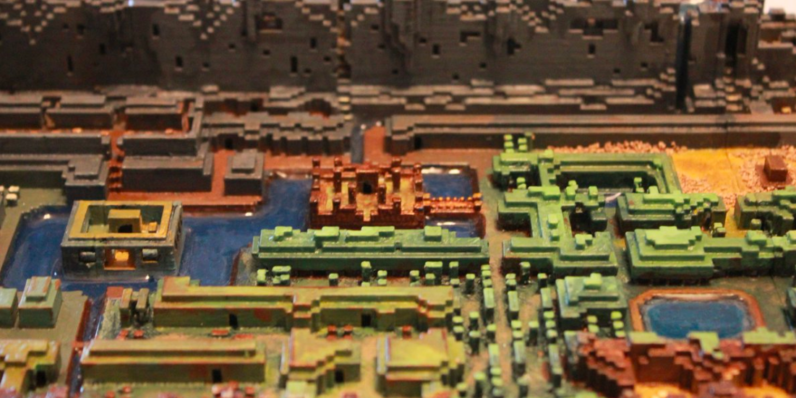 The Legend of Zelda was the pinnacle of 1980s console games. Its sprawling levels spanned multiple regions and included desert, wetlands, and tree-lined forests. For the time, it was a massive map and an impressive display of pushing hardware to its limits. Due to the size of the world, it often left nerdy young children, like me, to their own devices in an attempt to map out each of the game’s rooms.

Or, perhaps your parents loved you more than mine did (sorry mom and dad), and splurged for a subscription to Nintendo Power, which contained a complete strategy map of the Overworld. This wasn’t in the cards for me, so I stuck with good old pencil and paper.

Today, I could have just 3D-printed the thing, like someone from Facebook group ‘Trade Sell Collect Retro” did.

Hyrule Overworld, here you can see level 2 and where you find the extra rupee's in top right. (Photos by @dubbya1986) pic.twitter.com/p2mzXx2edF

This magnificent creation was reportedly built in Minecraft over a period of six months. From there, the maker exported a file for a 3D printer and 24 hours of printing and six hours of painting later: voila! The intricate paint job features all the 8-bit blocky goodness of the original, and then some.

Better still, the new owner picked this up for what’s thought to be around $100. Talk about a bargain.