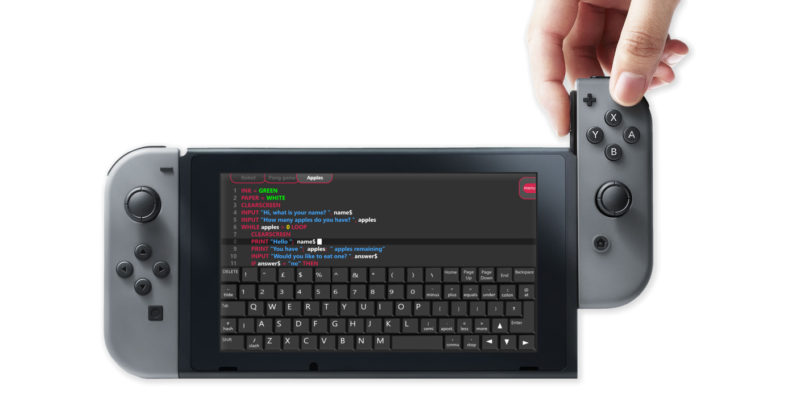 Whether you’re into Nintendo’s Switch for its roster of Mario and Zelda titles or the on-the-go gameplay, you’ll be happy to know that it’ll soon be able to handle double duty as a programming tool, when FUZE Code Studio launches around a year from now.

The package will let your child learn to code their own apps and games in FUZE BASIC, a modern take on the BASIC programming language that the company says is a great introduction to more powerful languages like C++ and Python.

In addition to FUZE BASIC (which you can try out now on Linux, Raspberry Pi, BBC Micro:bit, and Windows computers), the company will also bundle graphics and audio assets so kids can get started making games right away, or use their own assets in their projects. The app will also work with USB keyboards.

That sounds like a fun way to give your child a taste of what it’s like to build your own software. Sadly, we’ll have to wait until Q2 2018 to try it for ourselves.

Read next: San Francisco is mad that Lyft Shuttle is basically a bus service