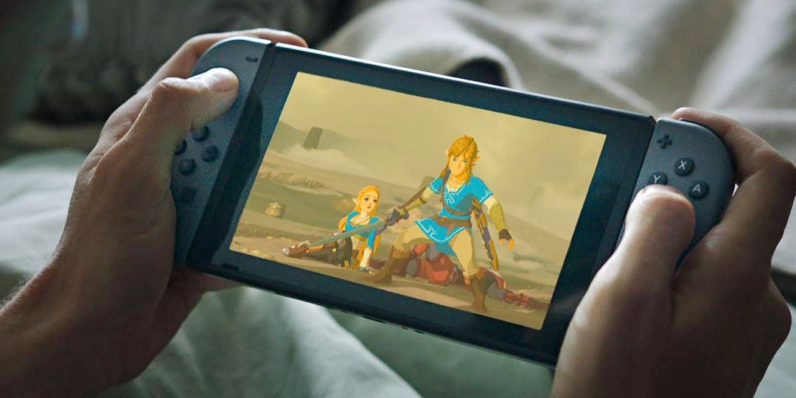 The Nintendo Switch is the most revolutionary console we’ve seen from the Japanese gamemaker in a really long time. It’s broken barriers in all sorts of areas – from portability, to the system of control.

But one seldom-discussed area in which the Nintendo Switch excels is in getting kids not to eat the goddamn cartridges.

Yes, if you’re lucky enough to own a Switch, it’s a really bad idea to suck on your cartridges. That’s because, according to several sources including Quartz’s Mike Murphy, they taste really bad.

Murphy isn’t the only one who spotted this, as veteran games journalist Jeff Gerstmann also had an amusing reaction to the cartridge’s foul taste.

I put that Switch cart in my mouth and I'm not sure what those things are made of but I can still taste it. Do not try this at home.

And just to make sure that we weren’t just looking at several isolated incidents, we also asked the Lucas May, the Editor in Chief of Gamer.nl, to taste one. We’ll let the footage speak for itself.

May described the taste as being like “a really gross version of laundry detergent.”

Although unconfirmed, it’s possible that this was a deliberate decision by Nintendo. The Switch’s cartridges are really small, and could present a choking hazard.

Perhaps making them taste (according to Mike Murphy) “exceedingly bitter”, Nintendo is attempting to prevent natural selection from taking its due course.

We’ve reached out to Nintendo to see if there’s any truth in this theory. If we hear back from them, we’ll update this post.

Update: Nintendo confirmed it added the taste to keep kids and pets safe, according to game journalist Jeff Gerstmann.