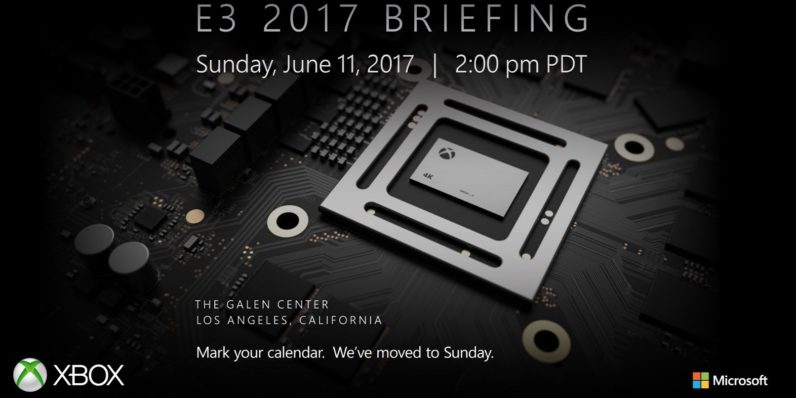 Presumably this means we’ll finally get to see more of the mysterious next-generation console during Microsoft’s briefing.

Project Scorpio was announced last year at E3. Since then, we’ve seen few actual details about the highly-anticipated console. Promotional material is vague compared with the announcement of the Nintendo Switch, which showed off the physical hardware and its capabilities.

Microsoft claims Scorpio is “the most powerful console ever,” with true 4K graphics and backwards compatibility.

Since E3 is now open to the public, enthusiastic gamers might get to see the Scorpio in person — though tickets are selling out fast.

Xbox’s E3 briefing will be air on June 11 at 2pm ET at the Galen Center in Los Angeles.

Read next: Facebook takes on LinkedIn with new job ads