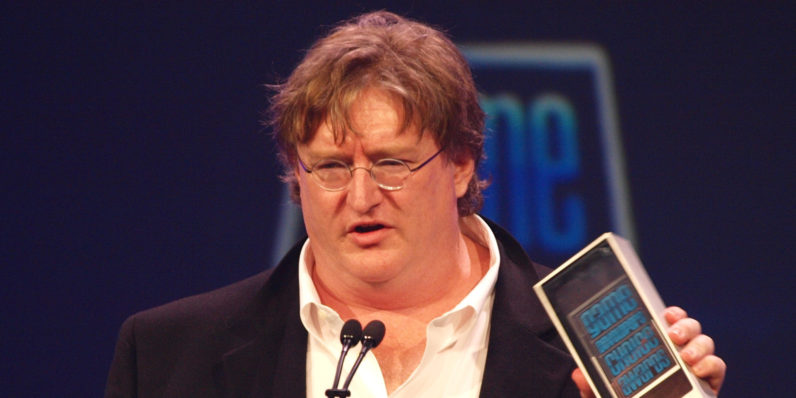 It’s been over 12 years since Valve released its smash hit FPS game, Half-Life 2, and fans have been raucously clamoring for a sequel ever since.

In an Ask Me Anything (AMA) on Reddit on Wednesday, Valve co-founder and president Gabe Newell answered a bunch of questions from fans of the company’s games; he confirmed that a new single-player title was in the works.

Given that the company is notoriously secretive about its projects, the revelation of an upcoming game from the makers of massively popular titles like Portal and Dota 2 after several years is huge.

Naturally, someone asked about Half-Life 3, to which Newell replied, “The number 3 must not be said.” Yeah, that doesn’t really tell us anything – but in a separate thread, he responded affirmatively to a question about whether there’s a chance of another game set in the Half-life and Portal universe. Cross your fingers, everyone!

Newell also explained why the company tends to keep mum about title in development:

our decision making is way more conditional than most other companies. The one thing we won’t do is waste our customers time and money, which means we will cancel or change stuff much later in development. Tracking our choices would be annoying and frustrating.

…we prefer to communicate through our products. We are all pretty devoted to reading and listening to the community – everyone here believes it is an integral part of their job to do so. And when it comes time to respond, we generally use Steam – shipping updates that address issues or add functionality. Obviously this doesn’t work for everything. Working this way imposes latency on our communication – it takes longer to ship and update than to do a blog post. This can lead to the feeling of an echo chamber, where it seems like Valve isn’t listening. We’re always listening. So sometimes the latency is rough for everyone, including us when we want to address issues quickly. On balance we think it’s usually worth the trade-off.

In addition, he confirmed that two movies based on Portal and Half-Life are coming soon. We first heard about them in 2013, when JJ Abrams (who directed Star Wars: Episode VII – The Force Awakens) said he and Newell were interested in working together on them.

Abrams later said in March 2016 that they were being developed, and noted in September 2016 that official announcements about these films were in the offing; Newell’s response is the first we’re hearing of them since then.

The entire AMA is worth reading, as Newell took the time to respond to several interesting questions – confirming that Valve is still working on the VR controllers we saw prototypes of last October and the possibility of a full-length VR title from the company.

Read next: Google and LG are reportedly launching the first Android Wear 2.0 watches next month