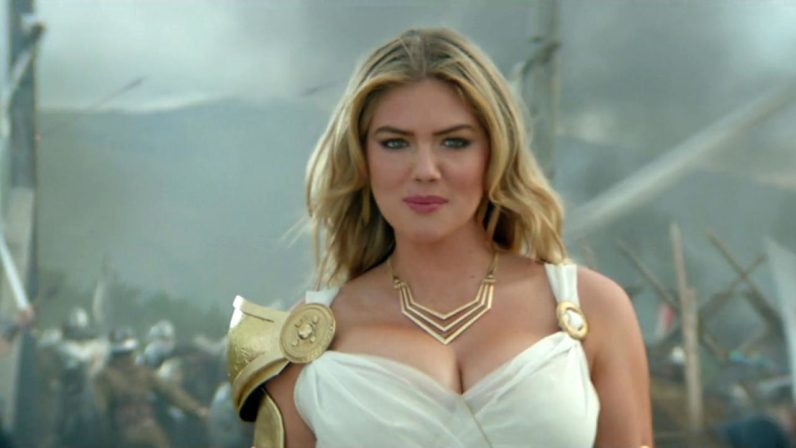 I’ve got a question for you. Let’s imagine you came into a large sum of money – say, $4.8 million. What would you do with it? Would you use the cash to go on a spending spree? Would you pay off debts, or invest the money in shares or property?

One sticky-fingered thief managed to embezzle over $4.8 million from his employer, and then went on to spend $1 million of it on Game of War in-app purchases.

Game of War is a mobile strategy game where people build their own empires. Think Age of Empires, but with in-app purchases. The game pulled in $400 million in revenue in 2014, and its adverts have featured Kate Upton (pictured above) and Mariah Carey.

The thief in question, Kevin Lee Co of Sacramento, California, stole the money from his employer over a period of seven years, starting from early 2008. One year later, he became the head of this employer’s accounting department. According to the BBC, he was able to hide the transactions until he was eventually discovered in March, 2015.

Co, who worked for Holt – a distributor of Catepillar machinery – spent the rest of the money on luxury cars, plastic surgery, and season tickets for the San Francisco 49ers and Sacramento Kings.

He is due to be sentenced in May. The two crimes which he has been charged with – namely wire fraud and money laundering – both carry maximum sentences of 20 years each, but the US government’s attorney has recommended a more lenient sentence, thanks to a plea deal.

One a slightly-related note, about five years ago someone in Russia was able to hack into my PayPal account, where they then used $300 of my money on Zynga Poker in-app purchases. As annoyed as I was that someone had stolen my money, I was even more miffed (insulted, even) that they’d chosen to spend it on something as lame as Zynga fucking Poker.

Read next: Hangry will solve the age-old problem of finding somewhere to eat