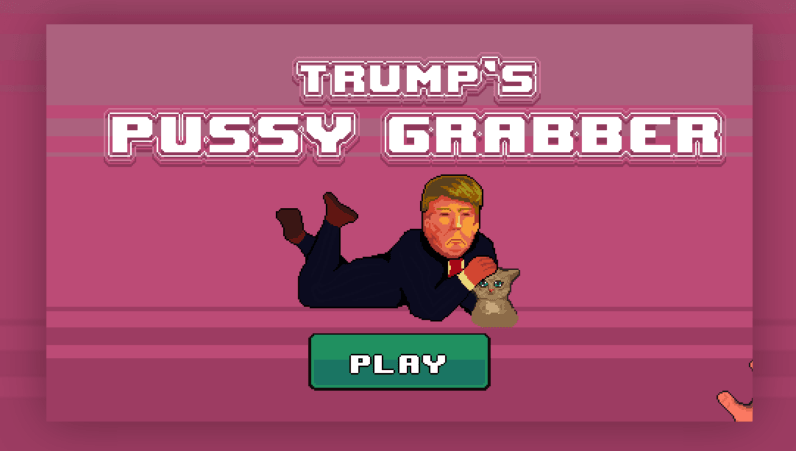 Say what you will, but the internet loves Donald Trump – especially when it comes to poking fun at him. We’ve previously seen a Trump-themed game about building walls, a virtual simulator that lets you tear his body apart, as well as a Facebook plugin that swaps out reaction icons with the presidential candidate’s face.

And now, there’s a Trump-inspired game that lets you grab them by the pussy – but not quite as you’d expect.

Trump’s Pussy Grabber is a new browser-based game that puts a fresh spin on the classic whack-a-mole game by switching up the moles with cats.

There’s not much to it: You simply have to grab as many cats as you can within a window of 30 seconds.

Anytime you score points, you’ll get to listen to some of the most infamous gaffes and blunders the controversial presidential candidate has spat out over the past few months, but we’ll spare you the details.

So in case you wanna go grab some pussies for comedic relief, head to the game’s official website here. Just don’t get too excited about it.

Read next: Smarp is the perfect toolkit for turning your employees into brand ambassadors