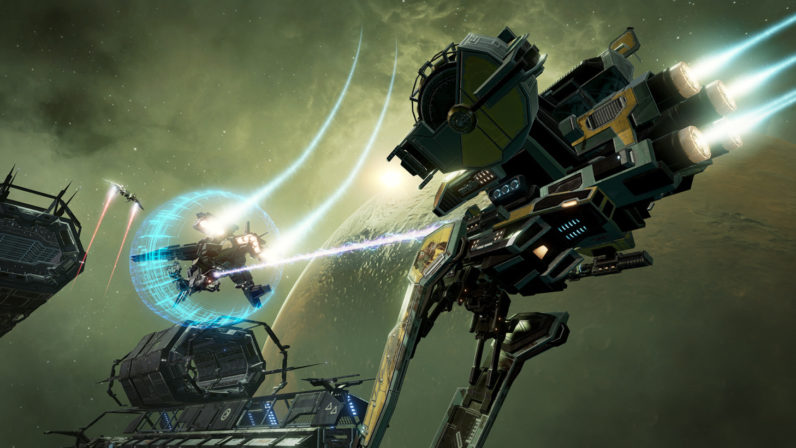 With the PlayStation VR finally upon us, many buyers are anxiously awaiting the end of their work day to go out and secure some really terrific new hardware. We’ve been secretly playing ours for the past few weeks. During this time, we’ve poured over nearly every launch title available today in order to bring you this list.

It was a wild ride full of some truly epic gameplay, experiential magic, and just a touch of nausea, but we’re confident at this point that these seven titles are the best available on the PS VR to date.

Akrham VR is the first game we tried upon unwrapping the headset. After looking forward to this one for months, it certainly didn’t disappoint. Well, mostly.

As far as gameplay, it’s rather lacking. It’s a short experience (about an hour) that gets you into the Batsuit for an experiential masterpiece like no other. Calling this a ‘game’ however, might be doing it a disservice. It’s as much about cinema as it is gameplay.

The cut scenes are great, for sure, but you’re left feeling a little disappointed that you aren’t using your newfound powers to punch bad guys in the face. Instead, you’ll be solving puzzles and navigating a fixed storyline that sees you track down two of your caped counterparts: Robin and Nightwing.

The lack of acrobatics and combat is a departure from Arkham games of old, but it’s not as disappointing as you might think. To make up for the lack of combat, Rocksteady Studios crammed a really impressive storyline that leaves you sad, broken, and questioning which way is up — in a good way. I don’t want to give too much away, you’ll just have to try it out.

No matter, it’s still a must-play title that puts you into the cockpit of a starship with a 360-degree view of the action and some serious firepower. It’s essentially Star Wars with better views of the action from inside the X-Wing.

Once you master the relatively easy control mechanics, you’re left to spin, evade, and gun down enemies with help from your squad. Depending on the mode, you’re either assisted by an AI team of ace pilots, or humans, in some pretty epic 8v8 battles.

Stay sharp out there. The environment, while beautiful, seemingly exists to kill you at all costs. Chasing an enemy fighter while weaving through floating colonies and massive barges adds to the overall experience, but you can and will run into them from time-to-time. And while you’re playing, don’t forget to take a look around and engulf all that space has to offer. The artwork is stunning at times, and you can quickly forget how beautiful it is while you’re watching your six.

Fair warning, if you suffer from motion sickness playing VR games, this one is best in short doses.

RIGS is essentially Overwatch meets Rocket League. There are multiple modes, so you can skew as far to either side of the comparison as you’d like, but all offer supremely satisfying robot combat.

Like all the classic mech games, this one sees you strapped inside one of a number of suits, each with its own pros and cons. Whether your gameplay style revolves around speed, firepower or some combination of the two, you’ll find something to your liking.

Once inside the suit, you’re led on to a virtual battlefield to destroy other mechs and score goals. Unlike Rocket League, you’re not chasing a ball around a field, you are the ball. You’ll earn points throughout the game by killing other mechs and picking up little gold coins. Earn enough of these points, and you’ll go into ‘overdrive,’ a mode that turns you into a real hot commodity.

When in overdrive, your aim is to jump through a hoop in order to score a goal. The other team, however, wants to shoot you in the face before you’re able to do that.

Like Eve, this is a game better played with friends. Of the three online modes, my favorite was ‘Powerslam,’ which is essentially a crossover between team death match and a futuristic sporting experience involving blowing things up and scoring goals.

Thumper is a hard one to describe. Others have done it justice by calling it a ‘rhythm violence game.’ Descriptive, right?

The truth is that Thumper is really something new entirely. It’s a rhythm game at its core, but instead of strumming a fake guitar for that ever-elusive perfect score, you’re piloting a beetle along a rail while smashing baddies, nailing tight corners, and fighting bosses at the end of each level.

The visuals are incredible, as is the soundtrack.

It’s also a game you can play outside of the VR headset, but really, why would you want to?

I nearly ignored this one entirely. I have a full-time job at TNW to work each day, why on earth would I want to work another one in virtual reality during my nights and weekends? I’m glad I moved past that and gave it a try because it really is a fun game.

It’s not earth-shattering in the sense that Thumper and Eve: Valkyrie are. Instead, it’s a humble little game that puts you in control of one of four jobs: mechanic, shop assistant, office worker, or chef. Each has surprises in store — for better or worse — and changes the gameplay experience of the last.

The chef, for example, starts you in a cramped kitchen serving food to angry patrons. You can do the job you’re tasked to, or instead start throwing fire extinguishers at your co-workers — it’s up to you.

For the time being, the simple games are what virtual reality does best, and it doesn’t get much simpler than Job Simulator. Do your job, or don’t. Either way, you’ll have fun executing slightly satirical tasks while listening in on robot banter.

This is another instant classic.

At its core, Battlezone takes a futuristic approach to World of Tanks. That is to say, it puts you in the hot seat of a tank and tells you to blow shit up. Only this time, realism obviously wasn’t the goal as much as creating a Tron-like virtual environment that brings you back to the simple fun of the original arcade tank shooters.

You’ll face off with enemies from land and by air as you pilot your tank behind cover and attempt to kill them before they kill you. Whether you prefer to do your killing in campaign mode or via 4v4 co-op is entirely up to you.

The world lacks the visual appeal of Eve or RIGS, but the cube-centric approach works surprisingly well. It’s almost like a polished version of Starfox in its aesthetic, but offers something entirely new — a 360-degree view of your surroundings that the original 1980s arcade game from Atari could only dream of.

If you’ve never played Super Stardust on the PS3, it’s essentially a game that puts you into the cockpit of a sort of hovering tank, drops you into an arena, and begs you to go to town on a handful of different enemy types. The newest iteration is more of the same, which if you’ve played the original you’ll understand is a compliment, not a knock.

Super Stardust Ultra VR is a great game. Sadly, it’s not a great game because it’s in VR, but instead because it’s a sharp and well-executed makeover of a game that was truly great on the PS3.

A completely new game mode, ‘Invasion Zone’ asks you to use your head to take down enemies, literally. Instead of aiming with the PS4 controller, you can now direct your gaze at an enemy and blow them to smithereens. It’s a cool feature, but one that loses its novelty after a few minutes and has you returning to the traditional gameplay style — which is far less nausea-inducing.

Overall, the goal is simple: kill bad guys and collect multipliers. It’s less about clearing a stage as it is racking up a high score and then attempting to beat it. Stardust is the ultimate, ‘one more try before bed’ sort of game that could see you strapped into the headset for hours while building up multipliers and doing your damnedest not to die.

Read next: This company is launching 50 satellites to photograph the entire world every day