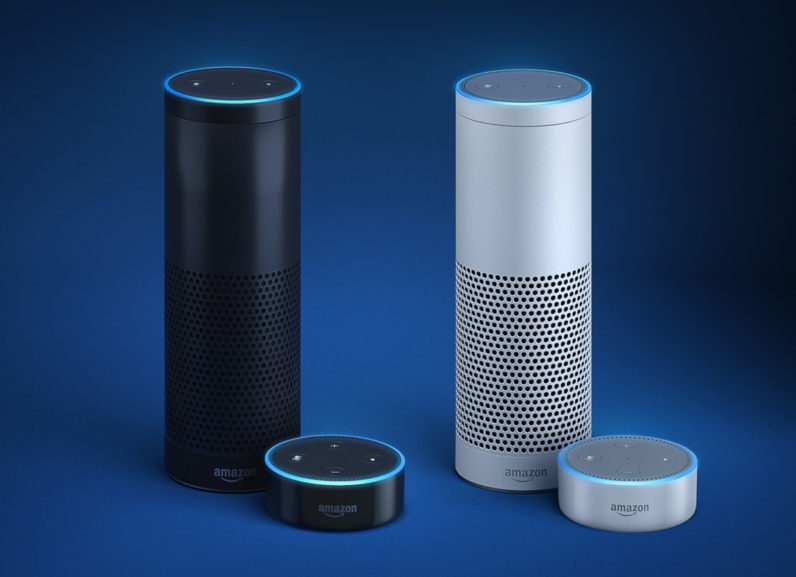 At a press event in Central London, Amazon today announced it is bringing its Echo voice-controlled speakers and the Echo Dot to the UK and Germany, along with its Alexa virtual personal assistant.

Members of the tech press reported receiving invites to the event last week. Almost immediately speculation turned to a potential European launch of Echo. Amazon was more than happy to fuel the fires of speculation, and decorated the venue with a variety of Echo-compatible gear, including Nest thermostats.

Echo is still very much a work in progress for Amazon. According to Dave Limp, VP of Device and Services, over 1,000 people are currently working on Echo and Alexa, with the aim of making its responses more life-like and natural.

Much of the effort has gone into making Alexa sound less like a computer, and more like a person. Limp said “The [voice team] will not stop until Alexa is indistinguishable from a human voice.”

At launch, the UK and German versions of the Amazon Echo will come with a number of region-specific skills. In the UK, these include services like:

German customers will be able to ask Alexa questions about the following:

Alexa has also been localized to the UK. When asked to spell color, she does so with a “u”. She also knows how many liters are in a pint, and packs a repertoire of British jokes, including the famous Monty Python dead parrot sketch. Her accent has also been changed to a Southern one.

The UK and US versions of the Amazon Echo will support all the smart home technology available in the US, including Philips Hue, Nest, Hive, and WeMo.

The Echo will also be available in a new white color option.

British and German customers have had to wait over a year for the Amazon Echo, which was launched in the US in June 2015. Unfortunately, they’ll have to wait a little longer, as the Amazon Echo will be arriving later this month on September 28.

Pre-orders open today. The Echo is priced at £149 in the UK, and €179.99 in Germany. Prime customers who order in the next two days get £50 and €50 off, respectively. While it’s going on general sale in the UK, German customers will need to be invited.

Amazon also announced an “all new” Echo Dot, which will come in both white and black versions and be available in the UK, Germany, and US. This isn’t much of a surprise. Its existence was prematurely announced yesterday from the Amazon Echo Twitter account.