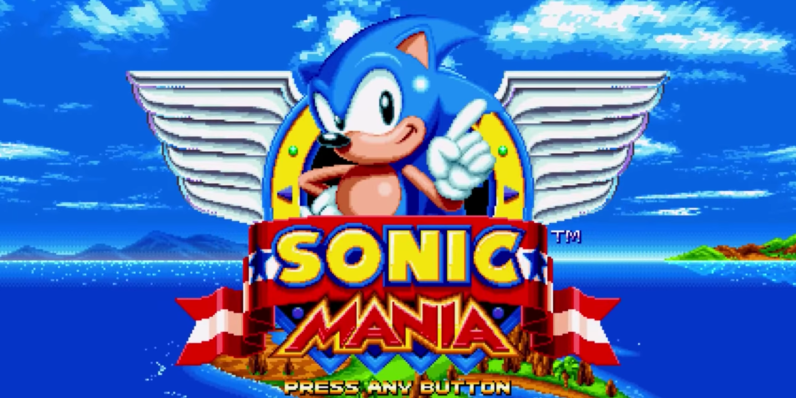 Cards on the table: I’m team Mario. I think that Super Mario World is a classic that stands the test of time, and that Sonic 2 is a marketing driven mess of fast paced bullshit, totally unplayable by contemporary standards.

So yeah. I’m not a Sega fanboy.

And yet, it’s a lot easier to love Sega than Nintendo right now. Sure, Nintendo is embracing mobile gaming, but they’re also sending fangames DMCA requests at a staggering rate. For example, fans spent nine years creating Pokémon Uranium. This loving tribute uses none of the iconic monsters created by Game Freak and Nintendo, and oozes nostalgia from every pore.

Seriously, look at this thing and tell me these people don’t absolutely love Nintendo:

Putting this together took dedication. Appreciation. A devotion to all things Pokémon that borders on fanaticism. To honor that love, Nintendo issued a takedown notice, and Pokémon Uranium is now off the web.

In fact, two such fans are the creative team behind the upcoming throwback 16-bit sidescroller Sonic Mania. YouTuber Superbunnyhop outlines everything nicely here:

To summarize, Christian Whitehead (AKA The Taxman) created a fangame called Retro Sonic back in 2007. To do so, he made a complete Sonic engine that mimicked games from the early 90s, but without framerate issues. You can still download that game today.

In 2009 Whitehead built another engine, this time to get Sonic CD working on the iPhone. He even put together a demo video of the game running smoothly:

Sega didn’t issue a shutdown notice; instead, it hired the guy. In 2011 Sega released Sonic CD on the iPhone, XBox 360, Playstation 3, and Android, and it was Whitehead’s engine that powered that release.

Later, Sega hired Whitehead alongside Simon Thomley (AKA Stealth) to port Sonic The Hedgehog and Sonic 2 to Android and iOS, versions that are still beloved by fans today.

Thomley’s background is also in authorized fangames. He created SonED, a level editor for ROM hackers, in the early 2000’s. This tool was used to create all kinds of unauthorized Sonic fan games, all of which made use of pirated Sega software to run.

Sega could have issued takedown requests against both of these people. Instead, they’re collaborating on Sonic Mania, the first Sonic title to generate positive press attention since Blast Processing.

On some level, Sega can afford to do this because they have nothing to lose. Contemporary Sonic games have become cultural shorthand for bad design, so why not let the fans take a crack at it?

At the same time, imagine if Nintendo did this. Instead of ordering Metroid fans to take down their lovingly crafted Metroid tribute, Nintendo could hire the creators and sell that version.

Would you buy that game? I would. Childhood me can not believe I’m saying this, but Nintendo could learn a thing or two from Sega.

Don’t threaten your biggest fans, Nintendo. Enable them. Their creativity benefits your brand, whether you realize it or not, so stop trying to shut it all down. These fans just might have the shakeup your games need right now.

Read next: Nic Cage 'Rage Page' is obviously meant for the certifiably insane