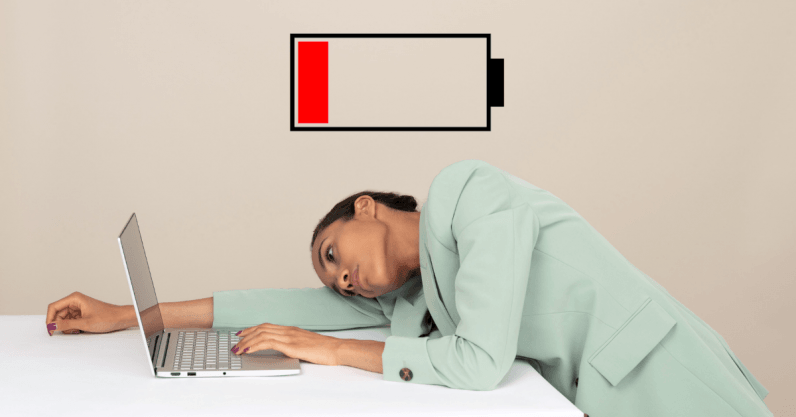 Entrepreneurship and the tech industry is built on the idea of “hustling” to get things done. It’s confidently preached by tech giants like Elon Musk, CEO of Tesla and SpaceX, who last year tweeted that people would have to work more than 40 hours a week, if they really want to change the world.

What’s the correct number of hours a week to change the world?

Varies per person, but about 80 sustained, peaking above 100 at times. Pain level increases exponentially above 80.

Similarly to Musk’s work ethic, Uber’s company culture was to “work harder, longer, and smarter” which ultimately left its employees drained. Talking to BuzzFeed, multiple Uber employees said they would feel like they were on call at all times and they’d regularly receive work related emails on the weekend – and even after work.

“We think working harder is the answer. I know people who turn in 15, 16, or 17 hours a day, seven days a week, working on their passion project,” Rogers said during his talk, “What is going wrong with mental health in tech industry?”

The tech industry romanticizes dedicating your life to your job by disguising it as your passion and only interest in life. Countless startups encourage their employees to stay longer in the office by providing a free meal at the end of the day, introducing “unlimited holiday” schemes, and nap pods.

In reality, many scientific studies have shown productivity dramatically decreases with longer working hours; not only that, creativity completely evaporates once people clock in more than 55 hours a week. To put it plainly, someone working 70 hours in a week will achieve no more than someone working 55 hours.

Silicon Valley has you believing that if you don’t have enough “hustle,” you may as well save yourself the time and give up your “passion project” now. The idea that nothing can be achieved without aggressively hustling during excessive working hours creates a toxic working environment, and a discriminatory one.

The tech industry’s mentality of “move fast and break things” is only considering one kind of person — child-free, no big commitments, and someone living in perfect health. According to a recent survey, 30 percent of US workers are living with a disability, even though just 3.2 percent of these people say their employer is aware. Since not every illness is visible, most people are hiding their disability to avoid potential discrimination — and the hostility of a “hustling” environment is making this worse.

There are tech companies that subconsciously wouldn’t consider anyone living with a disability simply because of their unreasonable employee requirements. In 2017, Andrew Ng, founder of deeplearning.ai, tweeted a controversial job opening outlining that its employees typically work 70-90 hours per week to “change human lives.” After facing a backlash, Ng changed the job exceptions to 70-plus hours per week, resulting in a lack of transparency of the job requirements.

For the record: that’s not a “strong work ethic.”
That’s exploiting young unattached engineers and spinning it as “team culture.”

At TNW 2019, we have a whole track dedicated to exploring the Future of Work and how it’s evolving with technology. If you’re curious to explore what we can expect to see in the next twenty years, then come join us in May!