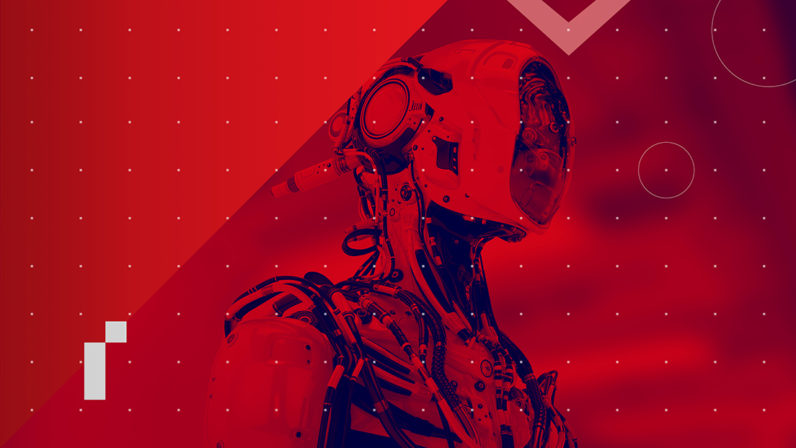 Up until about ten years ago, choosing a career in accountancy was considered a safe bet. It came with a decent salary, plenty of job opportunities and all sorts of benefits. Robots were still a distant reality. Something to worry about for blue-collar workers, maybe, but in no way threatening to those in the financial industry.

Oh, how times have changed. In 2013, two researchers from Oxford University published a study examining to what extent jobs are susceptible to computerization. The results, at least for accountants and bookkeepers, were pretty grim: Bookkeeping had a 97.6 percent chance of being automated in the near future. Accounting and auditing did only a little better, at 95.3 percent.

Why them? Although there are different factors at play here – for instance, jobs that require less creative thinking, manual dexterity, and social intelligence have a higher chance of being automated – it has to do with risk management as well. When costs per error are relatively low, people will feel more comfortable with robots doing certain tasks. When costs per error are high – leading to injury, or even death – human action is preferred. Think about it: If a robot that fills out expense reports makes a mistake, that’s mainly inconvenient. If a plane-flying robot does the same, people could die.

To be fair: the Oxford researchers only looked at American jobs, which have a higher chance of being automated than jobs in Japan, the UK, and Germany, according to another study recently published by PwC. But that doesn’t mean finance professionals in those and other countries are off the hook. For instance, Dutch accountants are looking at a 94% chance of their job being fully automated within 10 to 20 years, according to this study by accounting firm Deloitte.

Accountants and bookkeepers everywhere need to accept that their jobs will change. But instead of perceiving this prospect as a looming threat, they should welcome these new technologies in their jobs – and offices. Robots will become their allies in solving problems and allow them to focus on strategy and analyses, rather than administrative tasks.

Taxbots and no hands accounting

Some of these new technologies are already here. Take chatbots, for example. Americans who need help doing their taxes can now summon AskMyUncleSam, which uses artificial intelligence to answer questions about possible tax deductions. Think of UncleSam as a FAQ database that’s acting like a real person you can chat with.

Exact, a Dutch company that specializes in cloud business software, came up with a different solution for financial professionals: “no hands accounting software.” This technology lets accountants automate the more simple, repetitive tasks they would otherwise have to do manually – meaning they can spend their time on more challenging assignments.

Other companies focus on the often dreaded company expense report, and how to make both the filing and auditing process more efficient using automation and artificial intelligence. The Belgian company Xpenditure, for instance, claims to handle business expenses “from receipt to accounting.” Customers can use their mobile app to scan receipts and invoices and submit these to their company’s online system. This way, expense reports can be filed instantly on a daily basis, as opposed to completing large badges once a month.

So what will accountants be doing once machines take over their workload? In a nutshell: Adding a little human touch to the decision making process. While technology has already evolved to the point where it can process huge data sets, fill out expense reports, and generate spreadsheets, humans are still necessary when it comes to adding context to all that data. Meaning that for the accountant of the future, simply being great at crunching numbers won’t cut it anymore.

According to this report on the future of accountancy by the Association of Chartered Certified Accountants, “They will need to explain financial strategy and performance, defend investments and manage the conflicting expectations of stakeholders both inside and outside the organization. Team work, language skills, multicultural awareness and the ability to collaborate, influence, persuade, speak articulately and present to others inside and outside finance will be vital for all tomorrow’s financial managers (and aspiring financial managers).”

Although artificial intelligence is becoming better at reading people’s emotions, understanding them, or employing empathy,  is a whole different ball game. This is why accountants should not shy away from improving their social skills; being able to develop and maintain relationships, both with their co-workers as well as their customers will become even more important in the years to come.

Robots are coming to finance, so accountants need to start reinventing themselves today. Cloud business software company Exact provides them with the tools to do just that. By letting them automate repetitive tasks, they can focus on other, more challenging parts of their job. Learn more about their “no hands accounting software” here.