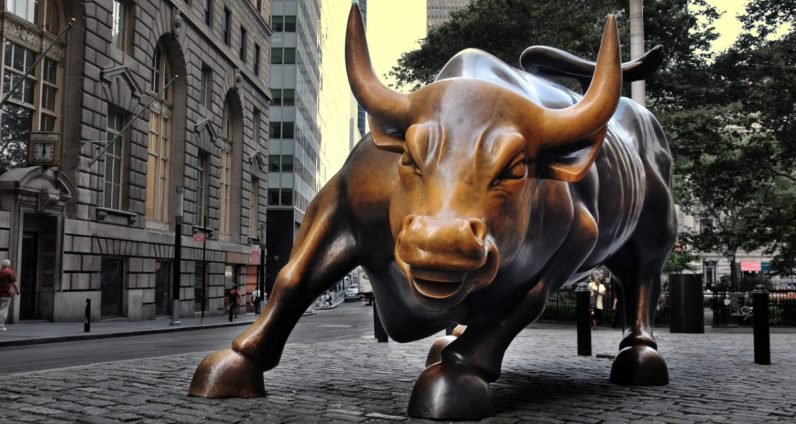 JP Morgan CEO Jamie Dimon set off a market slide when he called Bitcoin a “fraud” that would “blow up” earlier this week at a conference. The price of Bitcoin – already slumped over 10 percent off word China may ban cryptocurrency – further dropped to $3,772, the lowest it’s been in a month, after Dimon’s remarks. If he’s to be believed, the end of Bitcoin is nigh.

Then again, reports of Bitcoin’s demise may have been exaggerated. Bitcoin sits at $3,894 as of Wednesday afternoon and its all-time high is less than $5,000. For perspective, six months ago Bitcoin was at another all-time high, $1,223, and half-a-year before that its high was around $600.

This isn’t the first time that Dimon has declared Bitcoin dead either; in 2015 he said there was no way a government would allow Bitcoin to challenge local currency. At the time of his condemnation Bitcoin was worth $334.

If you had then ignored Dimon and purchased 10 Bitcoin in November of 2015 — spending less than you would for one Bitcoin now — your investment would be worth over $30K. Hindsight is always 20/20, though, and we’d all be millionaires if we could see the future.

While it’s possible the news out of China, including a ban on ICOs, could continue to shake confidence, even Dimon admits that the technology behind Bitcoin, blockchain, isn’t going anywhere. That means cryptocurrency has a platform – and right now Bitcoin is the king of that platform.

Reportedly Dimon threatened to fire any company traders who traded in Bitcoin, and he continues to compare the cryptocurrency to “tulip mania”, referring to a period in Dutch history where market demand for the exotic new flower swelled prices for its bulbs to epic proportions before eventually plummeting.

Noone can predict the future with 100 percent accuracy — and you should consult a financial adviser before making investment decisions – but if the past is any indicator, Dimon’s warning should be interpreted as the opening bell for buyers.

If the CEO of JP Morgan can increase the value of Bitcoin 10 fold every 24 months by predicting its imminent demise, the price of tulips is still on the way up.

Perhaps the best way to look at his remarks comes from JP Morgan’s Blockchain lead, Amber Baldet, in response to Dimon’s comments.

Read next: That massive Equifax breach could have been easily avoided