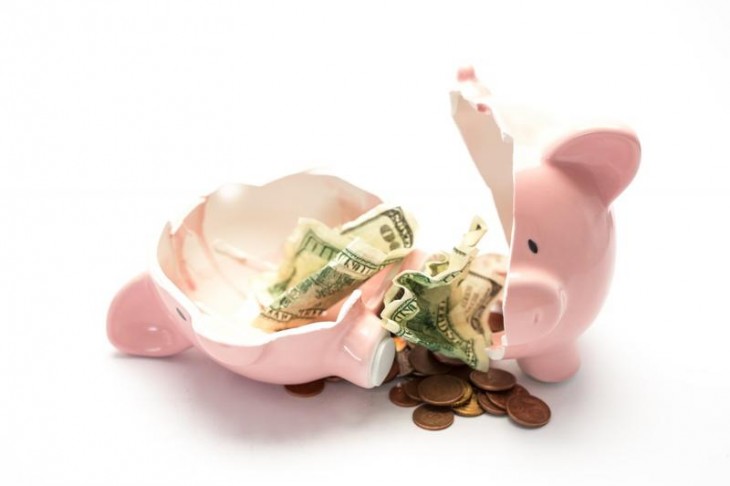 Startups and SMEs often struggle to access traditional sources of financing. That happens because banks tend to favor security over risk and innovation, and technology companies mostly thrive on the latter. The alternative, therefore, is to seek visionary Angels or VC firms willing to take that risk and support startups on their journey, yet these can be difficult to access outside established hubs and tech ecosystems.

At the same time, savers in many countries are stuck with low interest rates and market uncertainly which makes it very challenging to find a safe investment that provides a decent return.

Government intervention is not always the answer of course, but in certain cases it can provide a much-needed catalyst, which – like in this case – brings together elements and turns a negative situation into a win-win. That’s what one region in Spain is confident that they’re going to do with a newly launched innovation fund called Fond Innova.

The scheme proposes to allocate around 120 million Euros in the form of tax rebates to ordinary citizen of Biscay who choose to invest between The Innova account ranges from €2,000 to €5,000 in a fund that will in turn lend to innovative Biscay-based startups. These investors then receive 15 percent of whatever sum they put in as an income tax rebate.

Lola Vivanco Zabala, Manager for the Development of New Projects and Products for Elkargi – the Reciprocal Guarantee Company backing the plan – says that this public-private partnership is an idea similar to the one proposed by the EU’s “Juncker Plan” to open new avenues of resources for innovative projects by increasing guarantees for private investors.

Ten banks including Santander and BVVA are signing up to the program, which will become law in the Basque country later this year, and the first batch of savers will be able to open their innovation-backing accounts later this year.

This is part of the Basque region’s efforts to make it one of Europe’s most attractive destinations for entrepreneurs, much like the Bay area became for the US. These parallels are no mere coincidence, as there are clear echoes of Silicon Valley, although the region’s main USP and differential strength perhaps leans more towards advanced manufacturing than digital technology at the moment.

In terms of quality of life, the Basque Country already has one of the highest degrees of social wellbeing and life satisfaction rates in the EU according to the latest OECD well-being index, also boasting a crime rate twenty points lower than the EU average, making it one of the safest places in Europe.

That quality of life translates into the highest life expectancy in Europe at 82.2 years, but this aging population and low birth rate means that the Basque Country is expected to face a loss of 200,000 working-age population – 10 to 15 percent of its workforce – owing to demographic changes such as retirement. But that also translates as an opportunity, which is what such initiatives specifically designed to attract entrepreneurs to the region are designed to counteract.

Entrepreneurs have long chosen to setup shop there as well, tapping into the steady stream of skilled labor, which is a product of a university system which is particularly strong in STEM disciplines such as science and engineering. 48 percent of the population have tertiary education – advanced vocational or degree – which puts it on a par with places such as Finland and Norway. This has resulted in several successful startups emerging from that ecosystem over the years including Ariadna Instruments, Ticketbis, online education portal Educaedu, and biotech company TAD.

Local entrepreneur Jon Segovia – founder of a startup called Coolligan that makes vintage style football shirts and sportswear – says that in the Basque Country, commitment to innovation is practically an obsession:

It comes from a cultural tradition deeply rooted in industry. The important step now being taken by the regional and provincial government is to bet firmly on innovation.

In contrast to a general economic climate in Spain, the EU, and post-Brexit UK, where young people struggle to find employment, and there is a rise of negative sentiment against migrant workers, those with the right skills will be in high demand over the coming years, and there is in fact a concerted effort in the Basque region to attract international talent, much like what British Columbia is doing in Canada.

The aim here is not only to provide companies with money and a decent return to savers, but also to change the public’s attitude towards finance, promoting a sense of ‘positive patriotism’ that supports local companies not only with cash, but with goodwill.

And in times of political turmoil, conflict, uncertainty and austerity that is perhaps a more valuable resource to foster than any other, which is why Vivanco hopes the fund will become a template for fostering innovation in other areas of Europe by promoting public support for innovation funding.

It’s an inherently democratic initiative that aims to get as many individuals involved as possible, as it caps the amount that can be invested by high net work individuals – otherwise known as ‘qualified investors’ to 20 percent  of the fund’s total. Since Elkargi are underwriting the loans, it doesn’t represent a risk for individual savers, however.

Over the next three years the project aims to up the proportion of its GDP spend in R&D to three percent and put 120 million euros into circulation in batches of €20 million. Loans will be for a maximum five-year term and up to €600,000. SMEs will be able to access the financing at a fixed rate of interest of around 2.1 percent percent with a one-year grace period. Repayments are to be made in annual installments of 25 percent of the loan’s value.

“How can we ask companies to be innovative if Government is not?” Asier Alea, the official who has formulated the program for the Biscay region, says: “Our concern is how we can create something that changes people’s minds and hearts.  How do we involve people in our growing up?”

Read next: 5 ways voice search will affect SEO in 2017