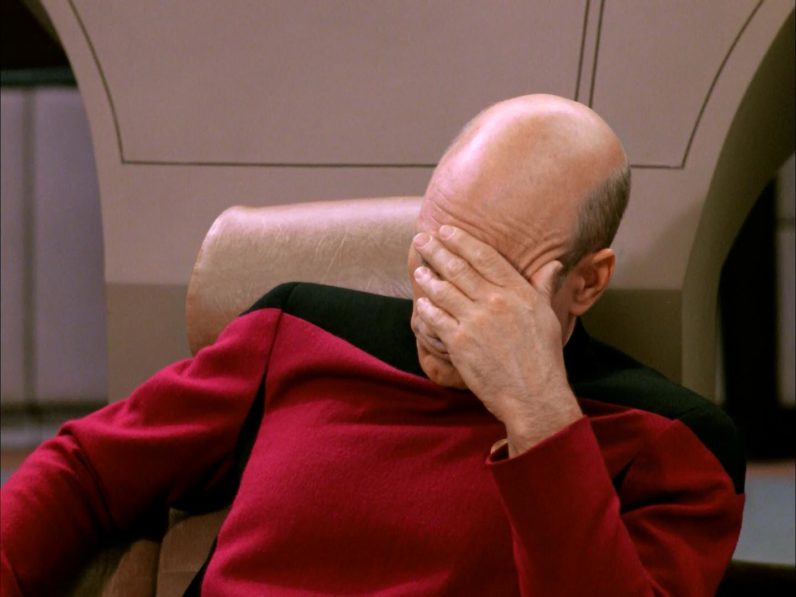 It was 11:30PM, and my computer just ‘pinged’. I’d received a Facebook message from an old friend from university who wanted advice on a company he was going to launch.

The product, he explained, would allow people to walk into a store, scan the items they want to buy and just walk out. It would incorporate a digital wallet for people to store their funds, and at the center of everything is a physical hardware device. Would I like to join his nascent team, and help bring this vision to life?

If he’d said anything else – almost anything else – I’d have been tempted. The guy who messaged me – who we’ll call ‘Steve’ for the sake of this article – is a brilliant coder, and one of the most infectiously fun guys you can have around. He’s also got a well-defined entrepreneurial streak. He’s built apps and launched them. We’ve both attended hackathons together, as well as events like Launch48, where you try to build a MVP (minimum viable product) in 48 hours.

And, I admit, there’s a certain allure to the fintech space. Financial services are old, stodgy, and in dire need of shaking up. Who wouldn’t want to drive a wrecking ball into the banking industry?

But that doesn’t change the fact that fintech startups are extremely difficult to launch. By and large, they aren’t something that you can build in your evenings and weekends, as Steve planned to do.

In addition to a veritable mountain of money (Monzo had to raise £12.8 million over two years in order to bring its product to market), you also need an army of talented coders and advisors who can help you navigate the choppy regulatory waters of wherever you plan to launch your company.

About three years ago, I was drinking with the CEO of a fledgling consumer financial services startup in a London private club. Over several glasses of pinot, he explained the regulatory hurdles that his company – which was a digital wallet app with peer-to-peer elements, paired with a MasterCard – had to overcome.

For his product to come anywhere close to launching, he had to ensure that it complied with an awful lot of regulation.  Not just government regulation, but also from the companies that run the underlying banking infrastructure he was to use. For several people he employed, dealing with compliance was their job.

One piece of compliance that most Fintech startups have to abide by is called ‘Know Your Customer’, or KYC. Before they allow access to their product, they must verify the user’s identity and make sure that they’re legally allowed to use it.

But not every fintech founder agrees. Cleo CEO Barney Hussey-Yeo said that the issue isn’t with compliance and regulation, which he admitted is a challenge, but rather with the core business fundamentals.

“Regulation and compliance are a lot of work but relatively straightforward. You follow a pre-defined process and get regulated. What’s hard about fintech is finding & executing a viable business model that doesn’t put you in a race to the bottom versus an incumbent with huge capital reserves.

Nearly every fintech you read about has a questionable to non-existent business model or are a niche player. It’s very rare to see a fintech with strong unit economics. Most are losing a ton of money by subsidizing a product to acquire users to get more venture capital.”

Cleo is one of the rising stars of the British fintech scene, having attracted funding from Wonga founder Errol Damelin and Skype co-founder Niklas Zennstrom. Its product allows the user to get Mint-style insights on their spending, but through a chatbot interface.

During the course of this article, I spoke with a lot of founders. What surprised me the most is that while they largely agreed that compliance and regulation was a difficult process, it came second to security and user experience.

Peter Blair, VP of Marketing at Applause, said, “One of the issues that makes fintech startups hard to launch is that consumers have an extremely high bar when it comes to trusting a solution with their personal information regarding their finances.  A fintech startup can have an amazing idea, but if the company and product do not inspire confidence from a security standpoint then no one will use it. Security certifications and partnerships with establish trusted finance brands will help, but something that often gets overlooked is the quality of the actual solution at launch.”

“We have seen companies rush their products to market with a mentality that they will fix any problems that are found by users with fast development sprints post launch.  This is a common approach for tech startups, but in fintech glitches aren’t problems, they are death.  Customers won’t feel secure about using the product if it crashes unexpectedly or behaves erratically when entering personal information. Fintechs don’t have the luxury of ‘fixing it later’. A bad user experience in a fintech app is the end of the fintech app.”

And he’s right. It’s an observable trend that all of the best fintech products – the ones that bleed longevity and viability – emphasize the role of user experience. Take Monzo, for example, which is one of my favorite fintech startups.

Monzo has some pretty lofty aspirations. It eventually wants to be a fully-featured bank, including the ability for customers to make international transfers and arrange an overdraft. But right now, it’s just a prepaid MasterCard paired with a genuinely clever digital wallet app.

According to LinkedIn, there are 85 people at the company. And rather than racing to its end-goal, it’s instead taking cautious steps forward. This has allowed it to build an app that’s genuinely a delight to use, and exceeds the experience of the other two banking apps on my phone. That approach has also allowed it to build a robust fraud detection system, as well as contemplate mental health issues in finance.

Launching any startup, even to the MVP stage, is crushingly difficult. My BitBucket account is testament to that. I’ve got loads of repositories filled with half-finished products that never saw the light of day. I often liken it to trying to successfully nail a free-throw from 100 feet away, but with your eyes closed.

But launching a fintech startup is even more difficult. Even in the best conditions, it’s like landing a free-throw from 100 feet, but you’re wearing a blindfold. And your hands are tied behind your back. And you downed a handle of vodka immediately beforehand.

Please, do anything else. Just don’t launch a fintech startup.

Read next: This tiny mint box is actually a self-contained PC packing a Raspberry Pi