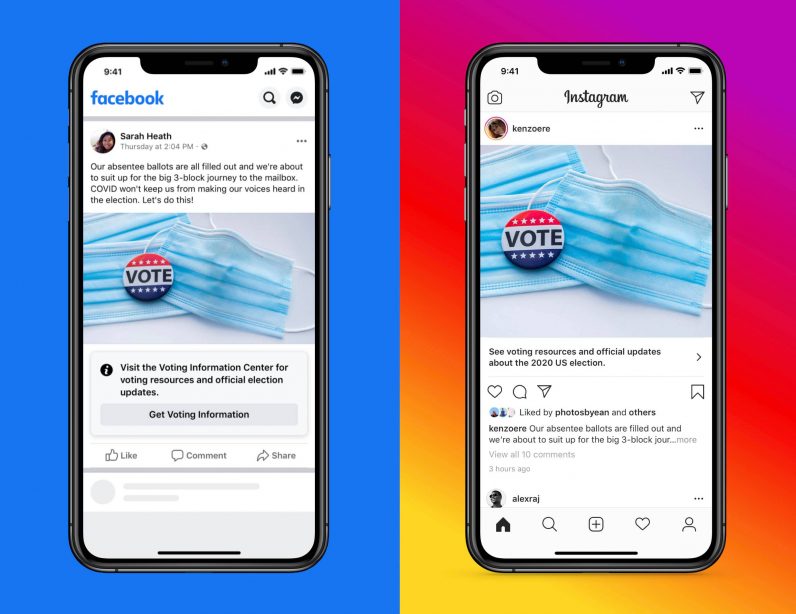 Social media companies have always struggled to find the right balance between enabling free speech and while moderating inappropriate content. But since Donald Trump entered the White House, this debate has taken on a complicated new layer: Should private companies censor the President of the United States, even when he violates the company’s posting guidelines

After years of waffling, Twitter finally began taking a stand this year, placing warning labels on misinformation and hiding (but not removing) calls for violence.  Today, Mark Zuckerberg announced Facebook would follow a similar set of rules, placing a label on content it would otherwise remove were it not from a politician or government official.

The change comes as a part of a broader set of initiatives to fight misinformation during the election season.

A handful of times a year, we leave up content that would otherwise violate our policies if the public interest value outweighs the risk of harm. Often, seeing speech from politicians is in the public interest, and in the same way that news outlets will report what a politician says, we think people should generally be able to see it for themselves on our platforms.

We will soon start labeling some of the content we leave up because it is deemed newsworthy, so people can know when this is the case. We’ll allow people to share this content to condemn it, just like we do with other problematic content, because this is an important part of how we discuss what’s acceptable in our society — but we’ll add a prompt to tell people that the content they’re sharing may violate our policies.

Moreover, the Facebook CEO clarifies that “there is no newsworthiness exemption to content that incites violence or suppresses voting. Even if a politician or government official says it, if we determine that content may lead to violence or deprive people of their right to vote, we will take that content down.”

So maybe Facebook will actually do something about the president’s propensity for misinformation now.

Other changes announced today include:

Facebook has also recently come under fire for its handling of ads showing up alongside hateful content, compelling many advertisers to boycott the network. Zuckerberg did not go into detail on how he plans to address these specific concerns.

Read next: The oceans of Jupiter's moon Europa may be habitable, according to NASA