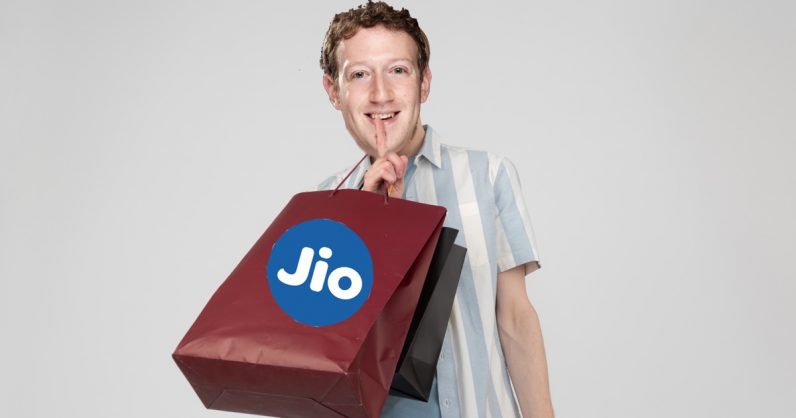 India is home to Facebook‘s largest user base on the planet, with hundreds of millions of people using its digital services. It now wants to get a stronger foothold in the country as more folks come online.

Earlier this week, the Financial Times reported that the social media giant is aiming to buy a stake in India‘s biggest mobile carrier, Reliance Jio.

Jio, started over three years ago by multi-billionaire Mukesh Ambani, took on complacent incumbents like Airtel and Vodafone, and led the charge to make mobile data more affordable in the country.  As a result, India has the cheapest data plans across the world. Now, Reliance Jio is the biggest telecom provider in the country with over 370 million subscribers.

As per FT’s report, Facebook was “close to signing a preliminary deal for a 10 percent share,” but the deal was put off due to coronavirus outbreak. But why is the world’s biggest social network keen to invest in an Indian network telecom company? What’s in it for these companies? Let’s have a look.

With more than 300 million Facebook users and 400 million WhatsApp users in the country, what possible would the social media giant want? The answer is the next billion users — those who are getting on the internet for the first time in India’s developing economy.

In 2015, Facebook introduced a program called Free Basics, which aimed to provide some apps free to users by partnering with some network providers.

The company’s motive behind was to make Facebook a gateway to the internet for these first-time users — with the company in control of the content that people would be able to access for free. That had the potential to shape the idea of the World Wide Web for those users, while also making Facebook the most prominent brand in their online experience.

So, by the time they graduate to the wider web, Facebook would become a major part of how they navigate the digital world. However, in 2016, India banned the Free Basics project, as it violated the country’s net neutrality rules, which dictated that all content online must be treated equally by service providers.

With Free Basics gone, the social media giant looked to other ways of garnering traction with new internet users in India. In 2017, it launched a commercial Wi-Fi program called Express Wifi, which allows mom-and-pop stores to provide internet access to shoppers via hotspots at a nominal rate. It currently has 500 local retailers signed up, and more than 10,000 hotspots across India. It isn’t clear just how many people are using those hotspots, though.

With Free Basics gone, the social media giant relied on some traction with its commercial WiFi program Express Wifi — that allows mom and pop stores to provide hotspots at a cheaper rate. Currently, it has 500 local entrepreneur retailers are now live with more than 10,000 hotspots across India. But there’s no detail on how many people are using those hotspots.

With Reliance Jio, the social network can start afresh and reach more people in rural areas. The network company also offers ‘smart’ feature phones, dubbed JioPhone, powered by KaiOS, that can serve apps such as YouTube, Facebook, and WhatsApp. With targeted marketing campaigns carried out by both companies, more people can use Facebook‘s set of apps.

Another threat to Facebook is the rapid rise of Chinese apps such as TikTok and Bigo Live. Jayanth Kolla, a partner at consultancy firm Convergence Capital, noted that with slowing growth in the Indian market, Reliance Jio is the ideal partner for the social media giant to battle the Chinese onslaught:

Reliance Jio has presented itself as a truly digital company for an average Indian. Plus, Jio‘s great at spurring a word-of-mouth marketing, so partnering with Facebook presents a great opportunity forboth of them to challenge the likes of TikTok.

Notably, Jio has a stack of entertainment apps to woo users, including JioCinema for movies, JioTV for live TV, and JioSaavn for music streaming. However, it doesn’t operate a social network of its own yet.

What’s in it for Reliance Jio?

WhileReliance Jio has masterfully executed an ambitious growth strategy in India,  its tech offerings haven’t really caught on. Its smartphones haven’t sold well; indigenous made-for-India projects, such as a maps service, a voice assistant, and a VR headset have all flopped.

It has even attempted projects like a telemedicine service, and an AI-powered video call assistant. A partner with the ability to build capable and desirable technologies, like Facebook, could certainly help turn the tide for the enterprising carrier. And should Jio look to enter other markets beyond India, Facebook’s backing could make negotiations go a little easier.

Both companies can also benefit from partnering in streaming live sports. Right now, Facebook streams live matches of the Spanish La Liga soccer league in India, while Jio has the rights to select soccer and cricket tournaments.

In 2017, both Facebook and Jio separately put in multimillion-dollar bids to win the digital streaming rights of the Indian Premier League (IPL) cricket tournament series. While the lucrative five-year-deal went to Ruper Murdoch-owned Star Network, both internet giants could join hands to bid for these rights again in 2022.

As FT noted, Reliance Jio is valued at around $60 billion by analysts. Selling a 10 percent stake will bring Reliance closer to its goal of going debt-free by 2021.

For Facebook, this presents an opportunity to explore the next-billion-user landscape with a partner that already has a significant reach in India. It also means the social media giant has a better partner in India’s complex policy lobby, where Reliance has a strong hand.

Read next: Surprising no one, there'll probably be a months-long iPhone 12 delay