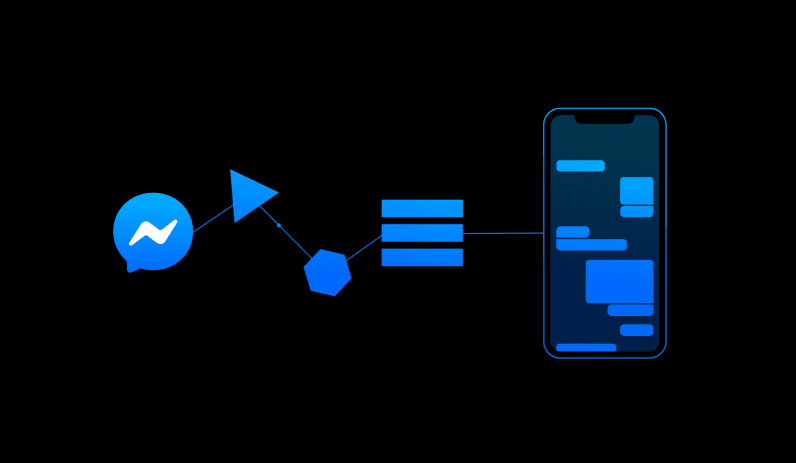 Facebook just introduced a lighter, more streamlined UI for Messenger last week. But omitted from that initial news was the fact that Facebook didn’t just cut out unnecessary features from Messenger; on iOS at least, it rebuilt the app from the ground up.

The company officially revealed the redesigned version of its iOS app today. Dubbed Project LightSpeed, Facebook essentially started from scratch to reduce the iOS app’s code from over 1.7 million lines of code to just 360,000 That’s a reduction of 84 percent.

The result: The app is now just one-fourth of its original size, and is expected to load twice as fast. It will also just run faster in general, which is particularly good news for older iPhones.

Moreover, the company says the changes are a foundation for the future of Messenger. It builds a foundation for Facebook‘s renewed focus on privacy (after years of being very bad at privacy), and the app now has rules in place to prevent the codebase from expanding dramatically as features are added in the future. The company says it will hold engineers accountable for staying within their code budgets, and that while releasing new features is important, hitting their quality targets “is even more important.”

That said, Facebook cautions that as part of the redesign “a few features will be temporarily unavailable, but we’re working to bring them back soon.” And while Android users received the new UI last week, it’s not clear if that version of the app benefited from any similar code reduction; Facebook makes no mention of Google’s OS.

Still, it’s good news for Messenger users. It’s nice to see one of the most bloated chat apps is actually getting smaller, for a change. For more on project Lightspeed, check out Facebook‘s post here.

Read next: Vatican's AI ethics plan lacks the legal restrictions it needs to be effective