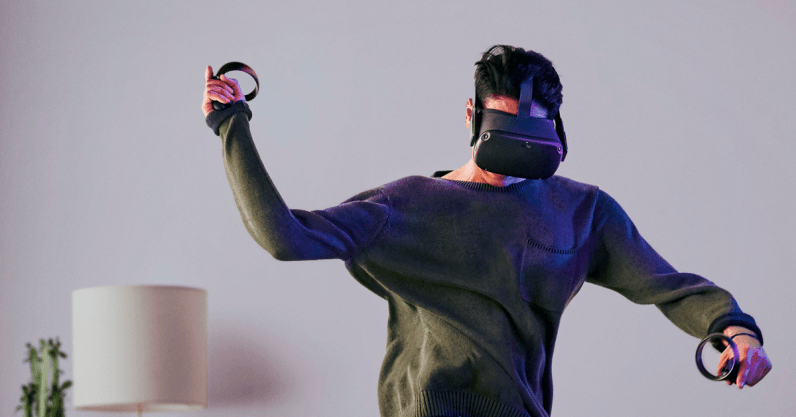 Oculus this week revealed it’s rolling out a batch of new social features tied to Facebook. While the features themselves seem innocuous enough, they come with the caveat that you have to allow Facebook access to your Oculus data.

Oculus‘s new features include chats with friends, Events and Groups that let you arrange multiplayer sessions with your friends, links you can share with your friends that let them join you exactly where you are in any given VR app — basically there’s lots of stuff involving friends. You can also livestream your gameplay directly to Facebook, or share photos or videos.

Trouble is, if you want to use these social features, you have to log into your Facebook account. And if you do that, then you basically give Facebook carte blanche to use any of your Oculus data to serve you ads. Here’s what Oculus‘ privacy policy, which was recently updated, says on the matter:

The company explains in the FAQ the purpose of this is to build more consistent experiences, and to enable users to find VR-based groups. It’s also surprisingly upfront that it wants VR developers to be able to serve ads to people who actually might use their products.

It also adds in the announcement that you’ll soon need a FB account to use features that are currently available to Oculus users: namely, “joining parties, adding friends, and visiting other people’s Homes.”

Facebook has owned Oculus for a while, so correct me if I’m not remembering this correctly, but wasn’t something like this what everyone was worried might happen after that acquisition? It’s not as bad as was feared. You don’t have to log into Facebook just to use the Oculus platform. Facebook hasn’t gone that far… yet (and hopefully it never will). But Facebook’s still chipping away at the wall separating the metaphorical church and state.

I’m going to go out on a limb and speculate that this some sort of prep work for Horizon, Facebook’s Ready Player One-ish shared virtual space. Facebook would probably want Oculus and regular Facebook users to have the same kinds of experiences in Horizon, so this might be it folding the two together before Horizon launches some time next year.

Read next: Microsoft redesigns over 100 icons, including the Windows logo