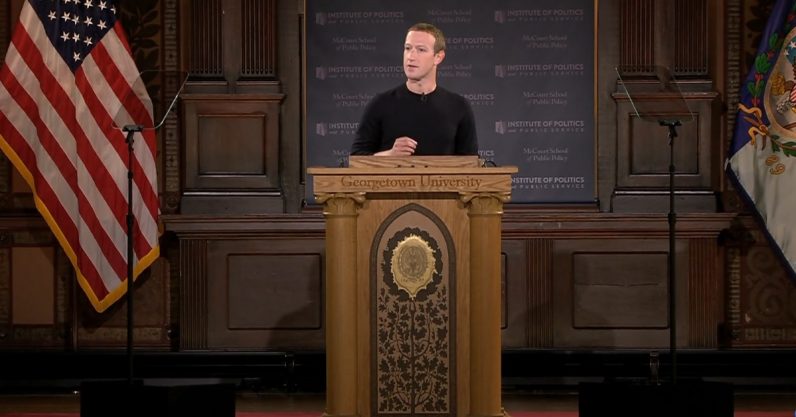 Facebook today announced it was partnering with the state of California to try and fix the state’s housing crisis. It’s promised $1 billion from its redoubtable coffers — which sounds generous until you realize it’s companies like Facebook that are both feeding the problem and feeling its effects.

According to Facebook CFO David Wehner, the company has committed to the amount, broken down into specific projects to improve the state. $150 million, for example, will go towards building affordable housing in the San Francisco Bay Area. It also wants to build “essential worker housing,” intended to “fund construction of housing on county-owned land for teachers and other essential workers, enabling them to live near the communities where they work.”

It’s not precisely a secret that the average person can’t afford to live anywhere near the major tech campuses. The last reported median home price in San Francisco is $1,466,900, and rents run into high four-figures. It’s simply not feasible for anyone who’s not making the big bucks. According to advocacy group Up for Growth, California is short 3.4 million housing units (nearly half of the nation’s total shortage of 7.3 million).

And the expense of the city may, in part, be contributing to the rise of homelessness. The homeless population in San Francisco is going up steadily — 17 percent in the last two years. A report from the New York Times suggests residents’ capacity for empathy is stretched to breaking point by the amount of inconvenience their homeless neighbors give them. Governor Gavin Newsom, who’s partnering with Facebook on its initiative, said in a statement, “State government cannot solve housing affordability alone — we need others to join Facebook in stepping up.”

It’s not as though Facebook gets nothing out of this, too — I’m sure they could use the good karma now that a major election is drawing near. According to the Wall Street Journal, CEO Mark Zuckerberg also told employees earlier this month that the company’s Menlo Park growth was stalling because workers can’t afford to live close to the office: “At this point, we’re growing primarily outside of the Bay Area. The housing prices are way up. The traffic is bad. There’s a lot that we are trying to do to help build more housing and alleviate some of the traffic constraints, but for the near term it’s going to be building up those other hubs.”

Google and Microsoft made similar pledges earlier this year. It remains to be seen how much these pledges will actually do to alleviate the problem — $1 billion sounds like a lot, but not when the amount of homes that need to be built with it number in the millions.

Read next: Chrome and Firefox will now alert you about data breaches involving your accounts