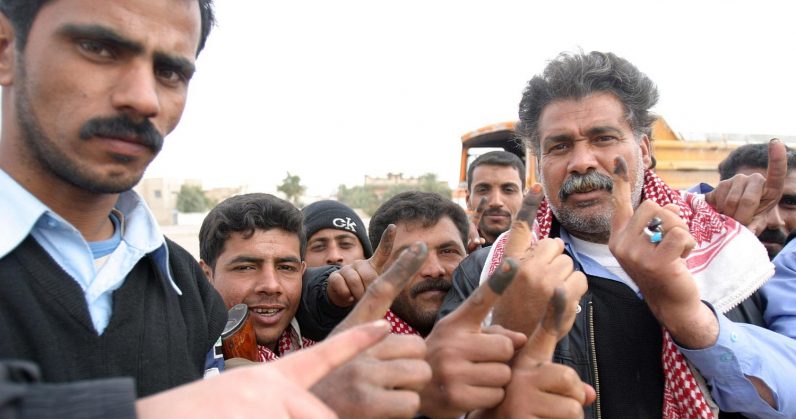 Earlier today, Facebook announced it had terminated multiple accounts, pages, and groups belonging to two campaigns targeting voters in Iraq and Ukraine. The move is part of the social giant’s crackdown on “inauthentic behavior.”

In Iraq, Facebook removed 76 accounts, seven Instagram accounts, 120 pages, and a smaller number of groups and events. Analysis of the posts from the suspended profiles shows a focus predominantly on social issues, as well as the complex relationship between Iran and Iraq. Throughout the content there’s a theme of Saddam-era nostalgia, with one post describing a photo of the former dictator as evidence of his “bravery and manhood.”

Facebook removed a far larger number of profiles in the Ukraine – 168 personal accounts, plus 149 pages, in addition to 79 groups. Most of these posts focused on the current President, who was elected earlier this year in a shock upset that saw him unseat the current incumbent, as well as this year’s parliamentary elections and First Lady of Ukraine.

Facebook alleges that Pragmatico, a Ukrainian PR firm, is behind this campaign, which saw over $1.6 million spent on Facebook and Instagram adverts. According to the social giant, over 4.2 million accounts engaged with one or more of these pages, and about 401,000 people joined one of the groups. That’s a significant number, especially considering the Ukraine has a population of roughly 45 million people.

The Iraqi campaign was similarly successful. Just slightly under 1.6 million accounts followed one of the astroturfing pages, while 339,000 accounts joined one of the groups set up by the unknown third parties. According to Facebook, less than $1,600 was spent on these pages, with the unknown group purchasing ads with Canadian dollars, Malaysian ringgits, and US dollars.

Of course, the true cost of the campaigns is likely much higher. Adverts are just one small part of the pie which includes consultant fees, hiring content writers and people to run sockpuppet profiles, as well as the cost of acquiring legitimate-looking Facebook accounts.

Facebook says it hasn’t identified any links between the two campaigns. The company has also declined to provide a timeframe for when they were active. An investigation into the Ukrainian posts by the Atlantic Council’s Digital Forensic Lab (DFRLab) suggests the campaign was most active around December 2018, with activity continuing into this year. This was mere months before the 2019 Ukraine presidential election.

The DFRLab published a separate investigation into the Iraqi posts, concluding that many of the pages active in this campaign were as old as five years. The intensity of the posts ramped up in 2018, coinciding with the 2018 Iraqi parliamentary election, which saw a massively reduced turnout, as well as widespread irregularities.

Facebook’s timing in removing these campaigns couldn’t be better. Early next year, Iraqi voters will head to the polls for their provincial elections, which will see them determine their regional leaders.

It is, however, a somber reminder that influence campaigns exist everywhere. They target voters from around the world. Cambridge Analytica and Aggregate IQ were just two big examples. For democracy to survive, we need to stamp them out everywhere we find them.

Read next: The Offspring becomes latest band to play a concert inside a video game