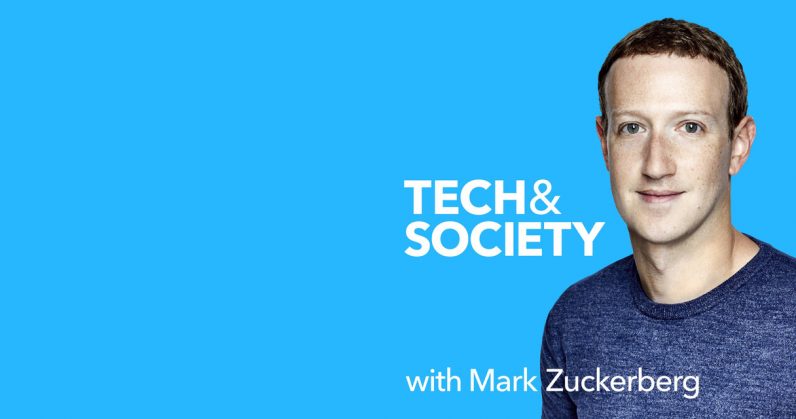 Facebook CEO Mark Zuckerberg just launched a podcast the same day that his company issued its latest quarterly earnings report. But if you’ve been following his public posts on the social network over the few months, you’ve probably already heard the first two episodes.

That’s because Tech & Society with Mark Zuckerberg (currently available only on Spotify, as far as we can tell) is essentially an audio version of the videos of conversations he’s had with experts about the impact that technologies have on the world at large.

Zuckerberg had previously posted the videos of these chats on his Facebook page; they’ve each garnered under a million views – rather low for someone with more than 118 million Facebook followers – so the audio format seems like a way to get the content in front of more people.

The conversations are part of Zuck’s New Year resolution for 2019; his plan is to “host a series of public discussions about the future of technology in society — the opportunities, the challenges, the hopes, and the anxieties.”

If you’ve watched the videos, there’s nothing new in here to look forward to in the podcast. But if you’re keen on hearing Zuckerberg discuss major issues while weaving in mentions of Facebook‘s involvement and influence, this might be an easier way to get your fix than staying glued to your screen for more than an hour at a time.

Read next: PSA: Don't give in to police officer asking for your Bitcoin, it's a scam