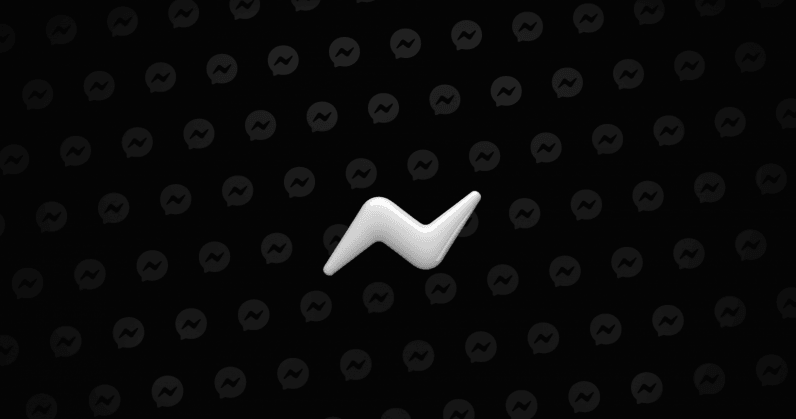 In March, Facebook teased Messenger’s long-awaited dark mode. Users could unlock the feature by simply sending a crescent moon emoji to one of their friends. And now, after a month of public experimentation, the feature is receiving a wide release and can be unlocked simply by activating a toggle.

To unleash dark mode, tap your profile photo within the app. This brings you to your preferences and settings. You’ll then see a switch marked “Dark Mode.” Press it and you’re done.

The feature, announced today, is currently being rolled-out to users across the world. If you can’t see it, you may need to update the app.

Facebook is the latest in a swarm of developers – including Slack, Google, and Twitter — to introduce a dark mode. It’s easy to see why. Many people (myself included) feel as though dark mode is more restful on the eyes, particularly when compared to the harsh glare of a white background, and makes applications more comfortable to use at night.

Best of all, dark mode allows you squeeze a bit more longevity from your phone’s battery life. This is especially true on phones using OLED (organic light emitting diode) displays, which consume power based entirely on the image content being used.

This chart from Google, released last year, illustrates how the dramatic disparity in power draw between white screens and black screens on a 2016 Pixel phone.  As you can see, white displays consume over three times as much power as a screen that’s pushing a lot of black pixels.

Facebook didn’t quantify how much of an energy boost converts to dark mode will get. Obviously, this’ll depend on several factors, including your phone’s model and condition. But still, you should expect to get something, particularly if you spend a lot of time sending messages.

Facebook notes that you can still activate dark mode by sending a moon emoji to your friends. That option remains for unrepentant show-offs and emoji fiends. But for everyone else, you’re best just following the steps above.

Read next: EA swears Jedi: Fallen Order won't have multiplayer or microtransactions, ever