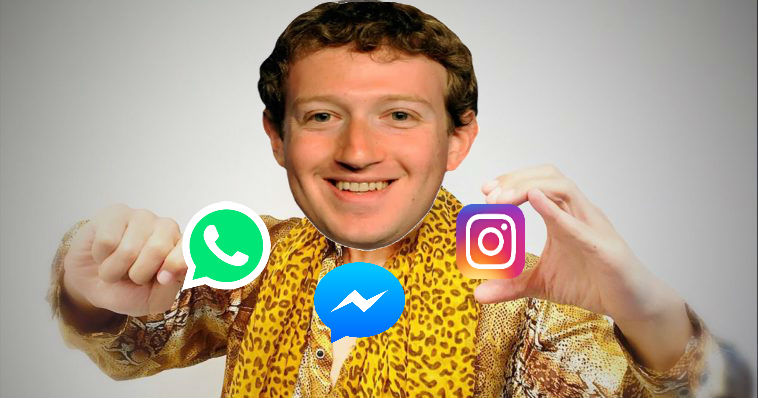 Facebook made a splash recently when CEO Mark Zuckerberg’s plans to integrate its messaging platforms on Instagram, Messenger, and WhatsApp were revealed last month. In the two weeks following the reveal, so much has happened – culminating in a legal opposition to the move from Germany – that it made sense to summarize the play of events so far.

First, The New York Times’ Mike Isaac broke the news on January 25 that Zuckerberg intended to integrate the social network’s three messaging services. That’s huge because it could open up many more avenues for the company to profile users and allow advertisers to target them across platforms.

A Facebook spokesperson noted in the report that the merger would deliver a messaging service that was “fast, simple, reliable, and private.” Naturally, this raised concerns about the move’s impact on people’s privacy.

With the platforms sharing a base of 2.6 billion users, the move could have wide-ranging impacts for people on the web across the globe for years to come. But there are obvious legal and technical hurdles to the merger.

When Facebook initially acquired the messaging app Whatsapp in 2014, and image-sharing platform Instagram in 2012,  Zuckerberg claimed that the two apps would run independently from the social network. But now, it plans to merge communication across the platforms by the end of this year, or by early 2020.

The New York Times report also added that the individual services would still remain as standalone apps, but Facebook would devise a new way for users to communicate across them. This reportedly requires thousands of Facebook employees to reconfigure the backend infrastructure of WhatsApp, Instagram and Messenger.

But once implemented, the move could enable Facebook to generate more accurate profiles of its users than it does currently, which could help it target ads more suited to its users, as we reported earlier. This could happen even if the communication channels were encrypted end-to-end, as a merger could help the company leverage more of your metadata across these platforms.

So, the main points of objection raised against the move focused on how Facebook would ensure protection of data privacy uniformly across all three of the platforms post-merger.

This is concerning, considering the social network’s numerous failures in keeping users’ data private and secure. Additionally, it has been complacent in addressing its role in allowing election meddling, and the spread of disinformation. Coupled with several other troubling incidents like the recent data breach affecting 50 million accounts, and the more recent Facebook Research saga.

While Zuckerberg has made best efforts to put on an apologetic face frequently, these recent events have earned his company the ire of lawmakers and regulators across the world. And yesterday, regarding the merging of it’s messaging platforms, it was Germany’s turn to take a swing at the tech giant.

According to the German cartel office, the Bundeskartellamt, the company has abused its control over the market to combine user data from a range of different sources. It noted in a press release that Facebook encouraged users to consent to have their data from services outside of the platform, collected and assigned to their Facebook account. Due to this, the regulatory agency found that the social networking platform “violates mandatory European data protection principles.”

“We are mostly concerned about the collection of data outside Facebook‘s social network and the merging of this data into a user’s Facebook account,” said Bundeskartellamt president Andreas Mundt. He added that according to the ruling, effective immediately, Facebook will no longer be allowed to force its users to agree to the practically unrestricted collection and assigning of non-Facebook data to their Facebook user accounts.

The rationale behind the ban is that Facebook effectively owns the social media landscape, and this is illegal according to Germany’s antitrust laws. A statement from the authority says that Facebook has around 30 million monthly active users in Germany of which 23 million use the service everyday. It noted that while competitors like Google+ existed, their sustainability against Facebook was very limited, causing a need to rein in the company with anti-monopoly laws.

Germany’s justice minister, Katarina Barley, told Reuters that Facebook had reached far beyond its platform to collect user data. She welcomed the cartel office’s call for curbs on its ability to mix those various sources of personal information about its users. “Users are often unaware of this flow of data and cannot prevent it if they want to use the services. We need to be rigorous in tackling the abuse of power that comes with data,” she said.

Facebook, in turn, responded yesterday saying it disagreed with Bundeskartellamt’s conclusions and that they “intend to appeal so that people in Germany continue to benefit fully from all our services.”

The Zuckerberg express retorted that Facebook’s “popularity is not dominance.” It noted that the cartel office’s report ignored the competition the social networking platform faced directly from Twitter, Snapchat, YouTube and other platforms.

Facebook further pointed out that as per GDPR guidelines, only data protection regulators – and not competition authorities like the Bundeskartellamt – can determine whether companies are living up to their responsibilities.

The company reinforced its popular rhetoric that it was collecting data to customize each user’s experience of the platform. It said in its news release:

We tailor each person’s Facebook experience so it’s unique to you, and we use a variety of information to do this – including the information you include on your profile, news stories you like or share and what other services share with us about your use of their websites and apps. Using information across our services also helps us protect people’s safety and security, including, for example, identifying abusive behavior and disabling accounts tied to terrorism, child exploitation and election interference across both Facebook and Instagram.

In the note, Facebook also said that it was making efforts to improve the privacy experiences for its users – including a poll for users to choose the kinds of ads they see, and a new Clear History tool that lets people see the information received from the websites and services who use Facebook’s business tools. However, it still did not address the Bundeskartellamt’s argument about how it could merge the data collected in the three platforms without users’ consent.

One thing for sure is that this saga is far from over. Facebook has a month to appeal against the ban in Germany. Since the laws passed in one major member country of the EU will likely have ripple effects across the continent, it will be interesting to see how this battle plays out in Germany and Europe in the days to come.

Read next: Apple's crackdown on screen-recording apps is a privacy win