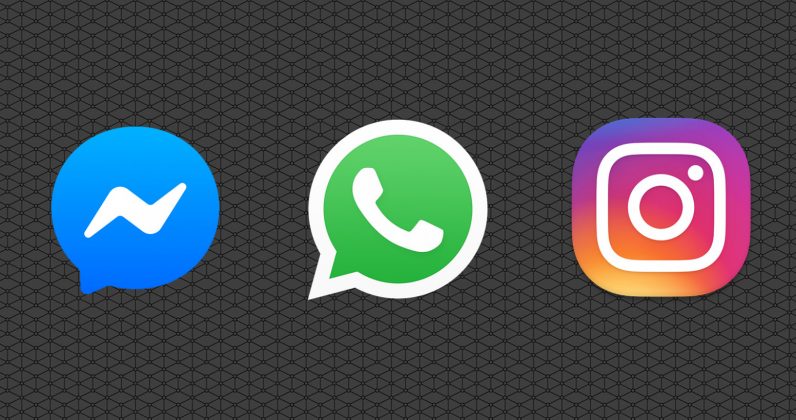 We don’t have all the details of exactly how this will work. The plan is still in its early stages, and there are plenty of moving parts – legal and technical – to take care of. What’s clear is this: with more than 2.6 billion users between the platforms, this is set to impact a lot of people if it goes through – and potentially many hundreds of millions more in the following years.

While the specifics of the move are yet to be revealed, a move like this could help Facebook create more detailed profiles of its users. Even if the company encrypts communications end-to-end as it seemed to imply in its responses to NYT, it could still leverage communications metadata to target ads more accurately than you might think.

Here’s an example: without looking at your messages (because they’re encrypted), Facebook could gather data on who you chat with most often and for how long, later correlating that with the recipients’ interests from Instagram. It could then show you ads for gifts that contact may like, right around the time their birthday comes up.

Integrating these platforms could also bolster Facebook’s efforts to keep users tied into its ecosystem. That’s problematic, when you consider the larger your network of contacts is on the company’s services, the harder it is for you to leave them and use an alternative you’re more comfortable with.

Is there a way out? Pranesh Prakash – a Fellow at the Center for Internet and Society, as well as a Fellow at the New America think tank – believes that the answer lies not in breaking up Facebook over privacy laws, but in competition, and regulators at the government level should demand Facebook use open standards for its messaging platforms.

Prakash explained that standards like SMTP and IMAP, which are used for facilitating email exchanges, allow for interoperability between services run by different organizations. They also let users choose the client apps they prefer for accessing their inboxes.

This results in people becoming trapped in Facebook’s ecosystem: even if you’re opposed to using the company’s products, you can’t realistically ditch them all because your friends and family are all using its platforms.

In case you’re worried about open-source protocols not being up to the task of serving massive networks like the ones Facebook operates, consider the fact that WhatsApp runs on FunXMPP, a customized version of the open XMPP set of standards that anyone can use for their own projects.

If Facebook is doing the difficult legwork of unifying the underlying technical infrastructure of its three apps, Prakash argues, it’d do well to make its new protocol public and open-source. That way, anyone should be able to use the company’s services to reach people just the same as when they choose to use a service created by a separate entity.

Prakash said that the only way diminishing Facebook’s power in this regard is to open up access to its network of users. In doing so, it will see people stick with the company’s services because they like using them, not because they can’t stay in touch with their contacts.

Questions surrounding Facebook’s monopolistic domination of the messaging space will inevitably crop up when the company implements Zuckerberg’s plan, and this sounds like a healthy way to tackle those issues.

Naturally, that seems like it’d hurt Facebook’s bottom line – but it’s important to start thinking about realistic measures to comply with antitrust law – or risk being booted from countries that don’t appreciate the way the company does business.

Read next: Japanese officials will target millions of IoT devices to help secure the Olympics