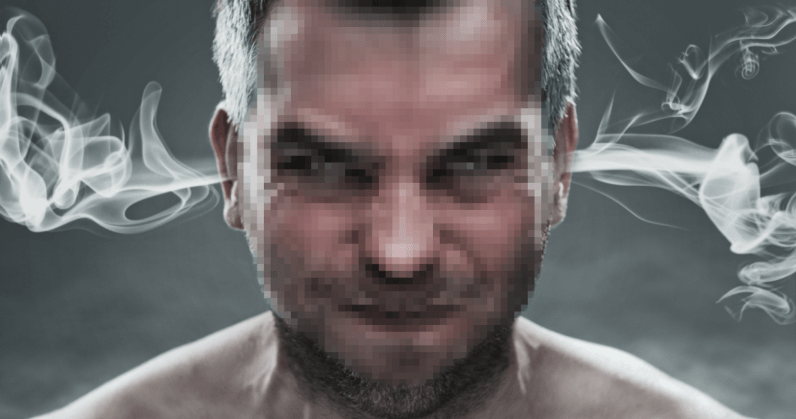 When I woke up this morning I didn’t think I’d start my day off defending white male privilege. But there’s an “all men are trash” discussion playing out on TNW’s social media accounts, and I have some thoughts.

Trigger warning: This article contains detailed commentary with examples of some of the absolutely horrifying things women are forced to put up with online. Those sensitive to discussions which include mention of topics such as rape and violence may wish to avoid reading further.

One of my colleagues at TNW recently published an article highlighting an Instagram account that displays examples of the disgusting things some men say to women online. It’s an excellent article and you should read it.

After reading the aforementioned article, it’d be impossible for a decent person not to be bothered. Those messages are disgusting. The fact that there are people capable of casually telling anyone they should “eat a dick and die” is horrific. And if that’s all you knew, it’d be enough to make almost anyone shake their heads and declare that men are pigs.

But that’s counterproductive isn’t it? We’re not playing girls versus boys: We’re playing decency versus evil.

I’m “woke” enough to be aware that my level of exposure to violently misogynistic statements is not only minuscule compared to almost any woman’s, but it’s also academic: I don’t ever receive the kinds of messages that most women get on a daily basis. I can’t understand it.

My male privilege keeps me safe from dick pics, most rape threats, and typically being the subject of someone’s attempts at honing their instincts for cruelty.

And let’s not even start on my white privilege. Thanks to my skin tone I’m usually judged on my words or actions – even by crazy bigots and people who hate me. So, from where I’m sitting, it wouldn’t be hard to assume that “most folks are decent” but “there’s always gonna be some assholes out there.” Right? Life can’t be that bad. Just lean in ladies.

But that’s not the story is it? I’ll go on the record saying I believe most men are trash. But – and this is the big point I’m trying to make – not all. I think it’s dangerous to say we are.

Look, if I can be candid for a second here, I’m in an awkward position. It feels like I’m writing something that thousands of slimy “men’s rights movement” cheerleaders are going to latch onto as a defense for their ridiculous ideas on gender dynamics. And that’s not what I want at all. This isn’t about “rights,” it’s about the specific statement that all men are trash and why I think that’s a dangerous statement.

Specifically, my outrage is because I feel that in saying “all men” you’re excusing that behavior. It’s genetics. We’re brought up that way. Boys will be boys. Men suck. Boys are mean. I think, if the problem can be defined as “most men, or at least some men, treat women disrespectfully or worse” then the solution isn’t to find ways to dismiss the specific behavior those men engage in as being anything other than a willful choice one person made to attempt to harm, hurt, belittle, scare, or otherwise negatively affect another person.

Let me be even more clear: Nobody accidentally calls a woman a fat cunt who should die choking on a dick. That’s not “locker room talk” nor is it “guys being guys.” It’s fucking disgusting.  The level of cruelty it requires for a person to express that kind of hatred isn’t a built-in part of the male experience. People who say the types of things the original article talks about are trash.

As an E-6 in the US Navy, in a position of leadership, I wouldn’t have tolerated any of that trash from my troops. And I never saw it either. That type of bullshit would have been a sure-fire way for a sailor to find themselves explaining themselves in front of the Captain during a disciplinary hearing. Those kinds of people are dangerous to the morale and effectiveness of a combat team and, as such, I feel they are unfit to endure the honor of service.

If one of my coworkers engaged in that kind of behavior I’d refuse to work with that person: One of us would have to go. I wouldn’t tolerate it from my friends, family members, or anyone else in my life. My point is: I’m not defending “men,” just decent people.

The author of the original piece, a TNW editorial team member, today published a follow up explaining why stating that all men are trash isn’t hate speech. I respectfully disagree.

This article is a counterpoint to the idea that all men are trash, and to one specific paragraph from my colleague’s follow up.

Statements like “men are trash” or “ugh, white people” are not hate speech, since reverse racism or sexism doesn’t exist. To put it plainly, “men are trash” doesn’t equally match sexist attacks against women because men don’t face the systemic oppression that makes sexist slurs so toxic.

My opinion is that those statements are hate speech, but not because they’re offensive to men — because they’re offensive to men who aren’t trash. I also think it’s unfortunate that she appears to be indicating that white people can’t experience racism and that men can’t be the victims of sexism — we disagree on that point too. But, this is about whether all men are trash or not. Let’s stick to that.

To be clear: I’m not picking on my colleague. I continue to respect her and her work, and consider her a valuable member of the TNW team. I remain proud to work with her. But she brought me into her article about sexist assholes when she doubled down on the “all men are trash” idea. I didn’t ask to be born a man anymore than she asked to be born a woman.

A male colleague of mine tried to explain that, in a way, we are all trash. He told me that our society influences even the best among us to such a degree that, perhaps without even knowing it, we constantly marginalize women and treat them in sexist ways.

I’m paraphrasing him, but I think I’ve captured the gist of his assertion. I compared his argument to the Christian idea of Original Sin. It says humans are born into sin and thus we are sinners. Men are born into a world where men are scum, and thus we are scum? I don’t believe that. It sounds a bit too much like “boys will be boys” to me.

I can’t help but benefit from my privilege, I don’t have a choice. But we all choose our conduct. The men who decide to use violent sexual statements are, almost certainly, doing so because they feel powerless over women and being mean is a coward’s way of feeling strong. And the men who are “just joking” or “didn’t mean it that way,” or “though you’d be into it” are definitely trash, but they don’t always have to be trash. They can stop being trash by changing their conduct.

But we need to remind them of that. Constantly. We need to tell these assholes: You can change, you don’t have to be like this. When you say “all men are trash,” I believe you’re bolstering the trash and galvanizing them with an attack they can fend off with almost no effort at all. It’s an argument with almost no chance of effecting a positive change. Worse, it’s the kind of statement that the Incel, MRA, and Anti-feminist movements fixate upon as keystones of their insipid agenda.

Society may make it acceptable for cowardly men to treat women in such harmful, cruel, and violent ways – but there are at least some men who don’t engage in that kind of behavior. I’m one. I wouldn’t eat rancid meat on purpose because it would disgust me. And I wouldn’t say awful things to a person for the same reason.

I’m sorry that it seems like most men are trash. Hell, I believe that most men really are trash — so fucking many of them choose to be reprehensible.

But I’m trying to teach my children that nobody is born trash, or scum. It’s not “in our nature” to think rape is funny, call women who don’t want to fuck us fat cunts, or tell a woman we hope she dies choking on a dick because she didn’t swipe the right way on a dating app.

That’s not who any of us are born to be; it’s just who the worst among us choose to be. We’re not all trash. And the men who are don’t have to be.

Read next: Twitter has permanently banned Alex Jones and Infowars