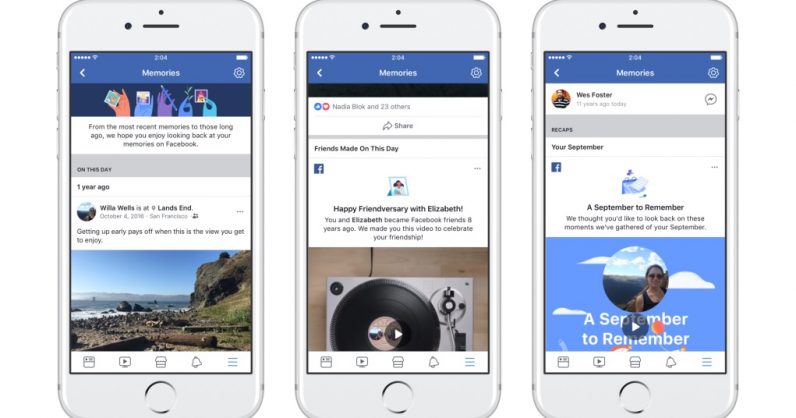 Facebook is making a new page called Memories, an expansion of On This Day, a pointless feature in which Facebook spits out your own most popular posts and calls it nostalgia. Now it proposes to throw even more of your own memories to you.

The new Memories page, announced by Facebook today, takes the usual On This Day stuff and expands it to include Friends Made On This Day, weekly and monthly recaps, and memories you may have missed by not logging into Facebook on a particular day. It’s the same sort of thing you already see littering your News Feed day in, day out.

On This Day was a mildly interesting gimmick back when it originally debuted — and when it was a transparent rip-off of Timehop. But nowadays, it’s yet another annoying post clogging up the Facebook News Feed.

If you find it a meaningful reminder of past events — and some of you must, as the service had several million active users at last count —  then good for you. But I find it one of the most pointless of the site’s many extraneous features — and I doubt it’ll actually be much good to anyone.

First, given all the turmoil Facebook has been through since March, maybe it’s not the best idea to keep reminding us how much data the company has on us which it can produce at a moment’s notice.

Second, it’s one of Facebook’s most shallow features — and it’s only going to become more so once it becomes Memories. Usually, the stuff Facebook chooses to show you isn’t necessarily the most meaningful or important. Often, its the stuff which has the most likes or reactions. Sometimes it’s stuff you’d rather not relive — I found that out when Facebook fed me back a picture of my deceased mother.

And while having a Friend Made On This Day feature sounds rather pleasant, Facebook already has those Friendaversary cards that show up in our News Feeds sporadically, making that particular perk redundant.

Overall, it sounds like Facebook is devoting resources to add depth to a feature that doesn’t feel worth the effort. In its form now, On This Day is doing as much as it needs to do. Now all I can think about is how many more of these memories I’m going to have to opt out of on my front page.