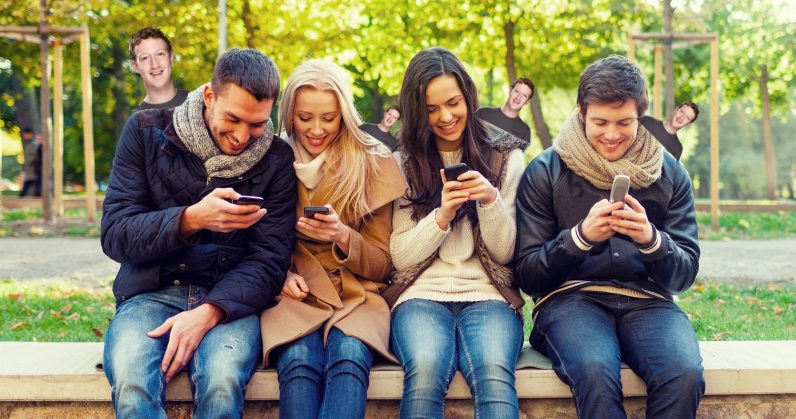 Facebook revealed this week that it’s scanning users’ Messenger conversations – including text chats, pictures, and links – in an effort to ensure that people play by its rules.

CEO Mark Zuckerberg first spilled the beans in an interview with Vox’s Ezra Klein, in which he brought up an incident surrounding ethnic cleansing in Myanmar, and explained that the company’s systems “detect what’s going on” when people try to send sensational messages via Messenger, and Facebook “stops those message from going through.”

The company told Bloomberg that it analyzes Messenger conversations the same way it does with public content on the social network, with a view to prevent abuse. Messages that are flagged for violating Facebook’s community standards are read by moderators, who can then block or take them down if needed. A spokeswoman said:

For example, on Messenger, when you send a photo, our automated systems scan it using photo matching technology to detect known child exploitation imagery or when you send a link, we scan it for malware or viruses. Facebook designed these automated tools so we can rapidly stop abusive behavior on our platform.

The revelation will rightly irk many users of the platform who may have previously believed that Messenger was truly private. For what it’s worth, the company says it doesn’t analyze chats to gather data that it can sell to advertisers.

While it’s easy to say this is just another reason to ditch Facebook, it’s worth considering how the lack of oversight on such communication platforms could be harmful. In India, where Facebook-owned WhatsApp counts more than 200 million users on its encrypted messaging service, fake news, political propaganda, and other forms of misinformation frequently spread like wildfire as they do the rounds in chat groups.

The news follows Facebook’s recent privacy scandal, which saw some 87 million users’ personal information scooped up without their knowledge by a data analytics firm. Some 560,000 users in India were among those millions, having being roped in by just 335 people who used a quiz app called ‘thisisyourdigitallife’ between 2013 and 2015. In light of these incidents, Facebook went so far as to say that most of its two billion users should assume that their data has been compromised in some way.

So, should you ditch Messenger? If you’re only looking to chat with people you know, you have a bunch of options to choose from that are more private, including Signal and Telegram. But if you use Facebook to make friends with people on the platform, just know that your conversations are being monitored.

Keeping your messages private is the priority for us, we protect the community with automated systems that detect things like known images of child exploitation and malware. This is not done by humans. We do not listen to your voice and video calls.

Read next: 9 reasons why Amsterdam is the best place on Earth if you work in tech