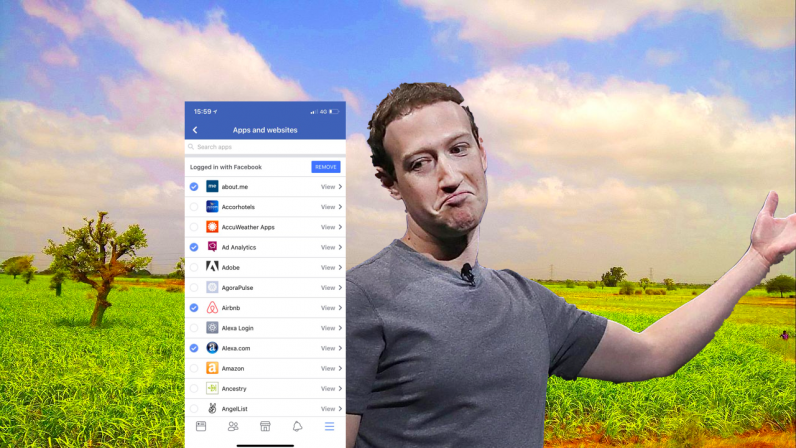 Lots of people use their Facebook account to log into websites, as a convenient alternative to usernames and passwords. But as the Cambridge Analytica scandal showed us, these apps can be privacy-harming nightmares with repercussions far beyond the digital borders of the world’s biggest social networking site.

Until recently, it was nearly impossible to to bulk-delete apps you’ve given access to your data. You had to do it in a piecemeal fashion, which was time-consuming and error prone. Fortunately, Facebook has introduced a new bulk app-deletion tool that lets you change your relationship status with these apps in one swift motion.

The tool is available on both Facebook’s mobile and desktop views. To get to it, open your settings and then tap “Apps” in the sidebar. You’re then presented with a list of all the websites, apps, and online services you’ve given access to your account. Check the ones you don’t want, and then hit “remove.”

It’s not clear how widely rolled-out this feature is. Some Facebook users have told TNW that they’re yet to see the tool in their settings, while others have reported having it for a few days already.

If you can’t see it, check that you’re running the latest version of the Facebook app. If that doesn’t work, you’ll just have to wait.

Read next: Google Search just made it easier to pick a movie to watch