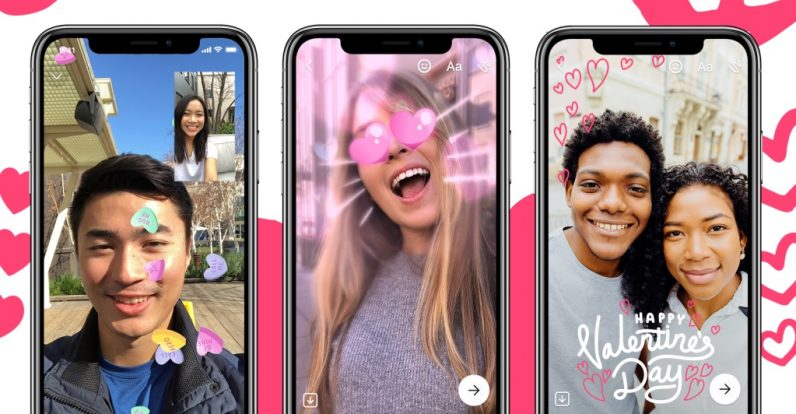 Facebook today announced it was bringing Valentine’s Day flair to Messenger for couples who change their relationship status tomorrow. Now, within minutes of making it “FB official”, Messenger will encourage you to customize your “chat with bae.”

That squeaking noise you hear? That’s my face cringing so hard the muscles are strained.

According to Facebook, new couples will be prompted to choose a custom color for their presumably lovey-dovey chat, along with a custom emoji (in the lower right corner, the default being a thumbs up) and nicknames. The way it phrases this process makes it sound like some new, romantic feature within the app.

Trouble is, you can already set custom colors, emoji, and nicknames in any Messenger conversation, regardless of your relationship status. Messenger isn’t doing anything new so much as popping up like that one busybody friend who insists the two of you immediately come up with a portmanteau couple name.

There is one new feature, of dubious usefulness: Whomever you’re in a relationship with will appear at the top of your active tab, the Messenger equivalent of the green-dotted sidebar on the desktop site.

That might sound helpful, in a meddling sort of way, but assuming Messenger is your primary form of communication to begin with, your chat with bae will probably already be in the recent chat list, the default screen when you open Messenger.

The only thing that sounds mildly romantic is Messenger showering your couples chat with hearts when you open it. Other than that, Messenger will have a variety of saccharine filters and effects to mark the occasion, including candy hearts, heart eyes, and a Queen of Hearts filter that looks really unromantic if you’ve read any of Alice in Wonderland.