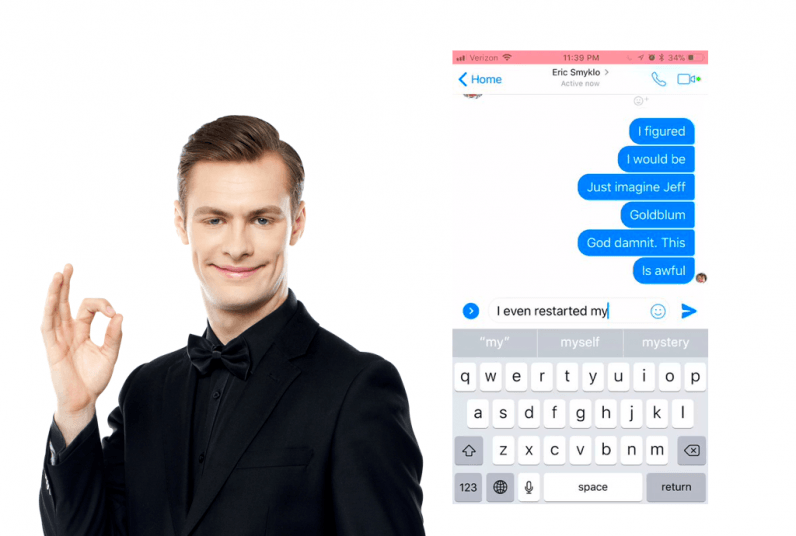 A handful of Facebook Messenger users have reported experiencing an annoying bug that prevents them from writing messages that are longer than two words. The glitch sees Messenger completely lock up when the user attempts to write a comparatively longer message.

The glitch is believed to primarily effect users on iOS, and has proven fiendishly difficult to resolve. Restarting the app, for example, does nothing. Speaking to TechCrunch, Facebook has confirmed it’s aware of the issue, and is looking into it.

For those whose preferred medium of communication is anything other than haiku, it’s a bit of a bummer. Predictably, affected users have taken to Twitter to bellyache.

Is anyone else’s Facebook messenger bugging out when you type a message and just freezes? (IPhone X)

Well Facebook messenger isn’t working.. I can only type two works the it’s freezes… been like that since last night

Anyone else having trouble with messenger where they literally type one or two words and then it won’t let you type anymore? 🙃

A New York-based book reviewer even posted a video of the frustrating glitch in action.

@messenger your app is totally broken on iOS 11 right now. I can only type 1-2 words. pic.twitter.com/Dx82BJVwEm

As everyone knows, Messenger is a behemoth. It boasts over a billion users. Fortunately, this glitch impacts just a small slither of this group. Not all iOS users are affected, and I was unable to replicate the bug on my personal iPhone 7.

Read next: Dutch Twitter is overflowing with videos of things getting blown away by the storm