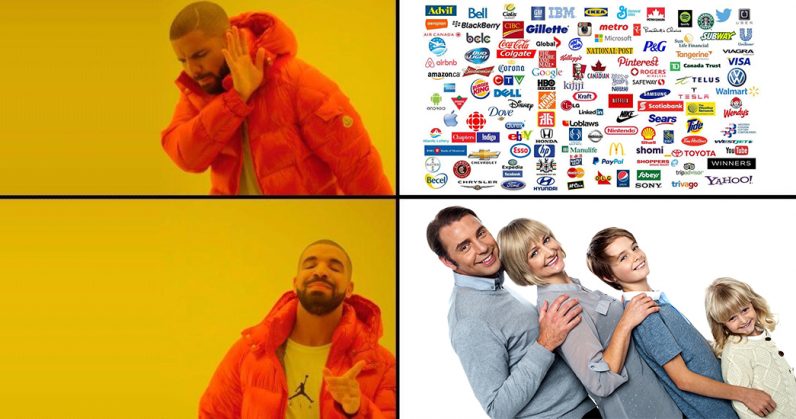 In an effort to get its two billion users to connect with each other more deeply, Facebook is rejigging its news feed so you’ll soon start seeing less content from brands and media outlets – and more stuff from your friends, family, and groups.

In a post, CEO Mark Zuckerberg noted that the amount of video and public content (posts from businesses and publishers) have grown drastically in the past couple of years, and they’ve taken over users’ feeds as a result. He said that people will start to see less of that over the coming weeks and months as the product team works to revamp the feed to tweak what it surfaces each time you visit Facebook.

That’s a noble thought, but given that Facebook is a publicly traded entity, it’ll have to balance the task of attaining that goal with the challenge of keeping investors happy with their dividends.

That’s where things get difficult: sure, Facebook makes money from ads, but it also generates revenue by charging publishers for the privilege of having their content show up more prominently or frequently in users’ feeds. If it shifts its focus away from helping these outlets reach their audiences, they may not find Facebook useful in marketing their articles and videos.

That being said, the move could help Facebook engage in some degree of damage control: it’s been under fire since the last US presidential election for its role in facilitating the spread of fake news, as well as divisive content and ads sponsored by Russian agents.

I can’t wait to see the changes come into effect. In recent months, my Facebook experience has become less personal than it’s ever been in the 11 years I’ve been using it: between ‘posts I may like’ to an endless stream of autoplaying videos while browsing on mobile, it hardly feels like a place I’d go to catch up with my loved ones – and I frequently hear from people that I’m not alone in this.

There’s an opportunity here for Facebook to become a good tool for connecting with people once more, and I can’t wait to see if the company can pull it off without upsetting many a stakeholder. It’s also not the first time in recent history that the social network has promised to clean up its feed, but I’m rooting for it this time.

Read next: Do we still need CES?