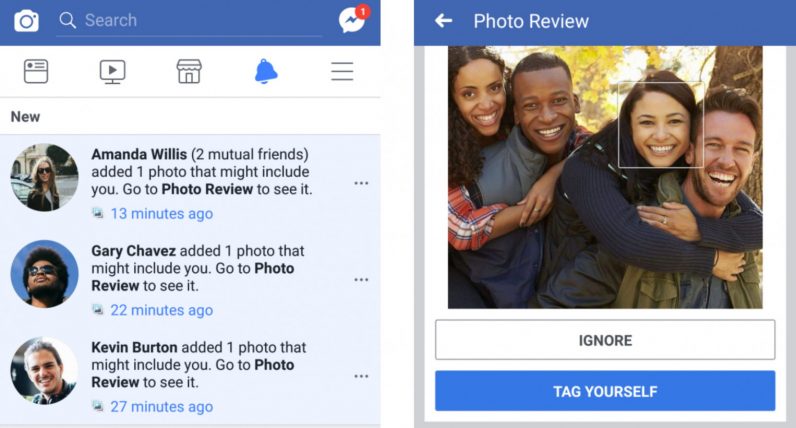 Facebook has used facial recognition technology since 2010 to help you tag yourself and friends in photos, but not everyone’s cool with the company’s eerily accurate algorithm (which is only getting better). According to an announcement today, Facebook will soon make it much simpler to stop it from spotting your face altogether.

Previously, you could disable auto-tagging suggestions by going into the ‘Timeline and Tagging’ section of Settings, but it’s phrased rather unclearly: “Who sees tag suggestions when photos that look like you are uploaded?”

Most people probably wouldn’t be able to immediately tell that was the setting they were looking for.

The new setting simply reads “Do you want Facebook to be able to recognize you in photos and videos,” with a yes/no toggle. Much clearer.

If you don’t mind Facebook’s face recognition, the company will now alert you when a photo of you is uploaded onto its platform, as well as use this technology to help visually impaired users identify their friends without the need for tagging. This only applies if you’re part of the audience for that post, so you won’t be notified if you happen to make a drunken appearance on the local news or something.

The exception to the audience rule is profile photos. The company will notify you if someone is using your face in a profile photo without your permission, to deter impersonators. It’s worth noting these features don’t apply in Canada and the EU, as Facebook doesn’t use facial recognition in those locations.