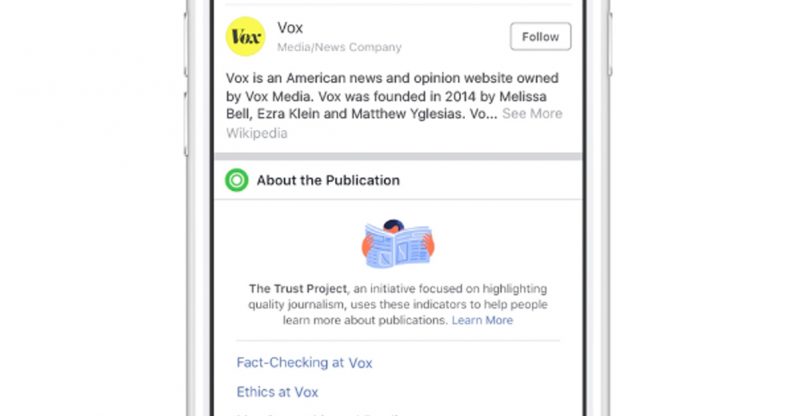 Facebook’s latest attempt at fighting fake news is through ‘Trust Indicators’ and joining a collaborative effort with the Trust Project.

In a recent announcement the company introduced Trust Indicators: these appear at the top of articles published on Facebook and allow users to gather further information about the publisher, including their policies on fact-checking, ethics, and corrections.

The trust indicators were developed by the Trust Project, an “international consortium of news organizations collaborating to use transparency to build a more trustworthy and trusted press,” launched today and primarily funded by Google and Craig Newmark, founder of Craigslist.

The feature is now only available for a handful of publishers and based on their own feedback, but Facebook has said it will be available to all in the future. All publishers have to do is go to their Publishing Tools settings and add the information they want to share. The social network already allowed users to access further information about publishers, but not with the same detail, demonstrating a step forward. 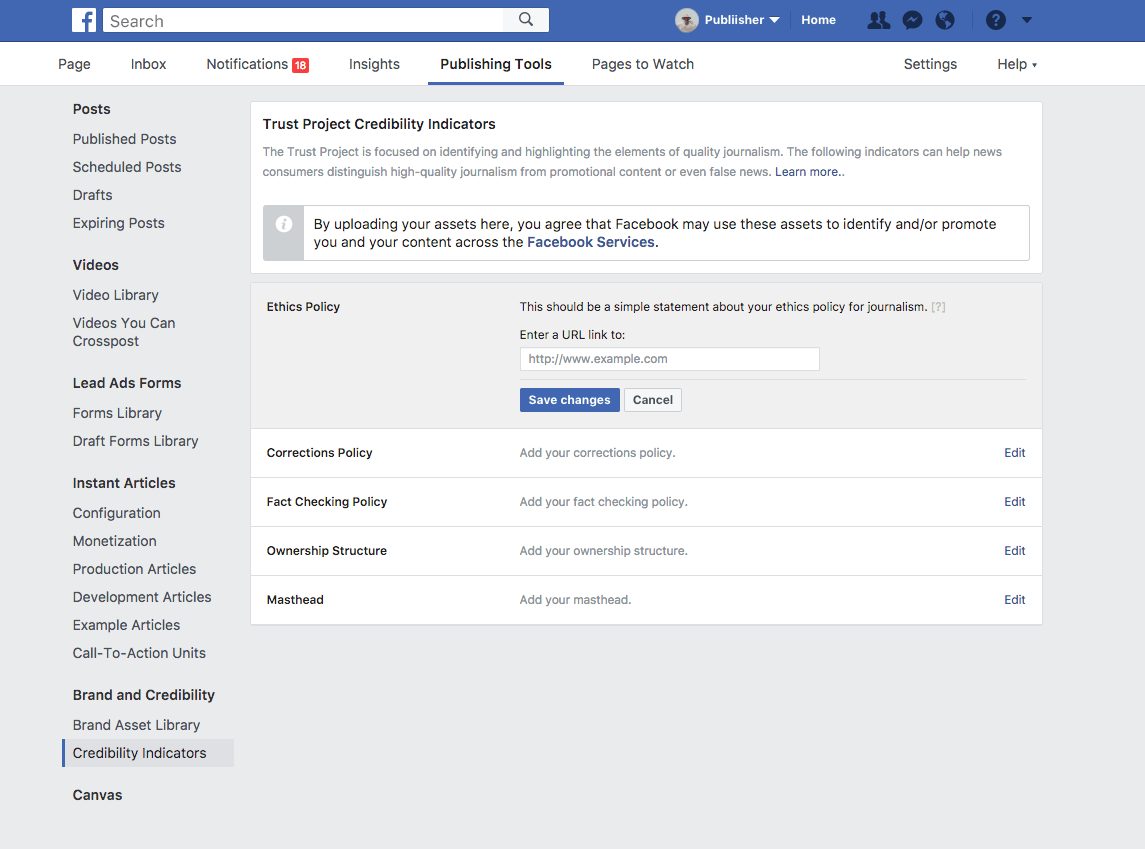 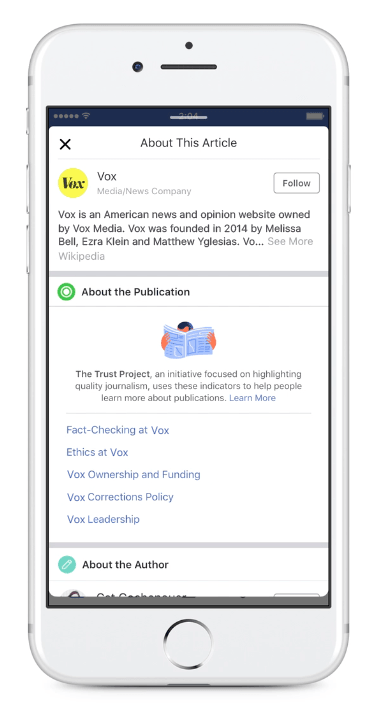 Facebook isn’t the only media giant that forms part of the Trust Project — The Economist, The Washington Post, Google and Twitter also joined the collaborative effort to provide honest information regarding news organization’s standards, ethics and get a background on the journalist reporting the news. The idea is to generate transparency in a time where it’s become nearly impossible to validate information.

According to Nieman Lab, representatives from media companies all over the world came up with 8 “core indicators” for publisher transparency:

The company stated that through trust indicators, readers will be able to make more informed decisions and decide themselves whether the news they’re consuming is trustworthy or not.

The Trust Project comes off as a utopian idea of journalism online, but the steps it’s currently taking could result in a better informed audience.

The fight against fake-news is never-ending, but with collaboration and standards across media outlets, thing could improve. That said, users still have to be willing to educate themselves – whether that will happen is another matter entirely