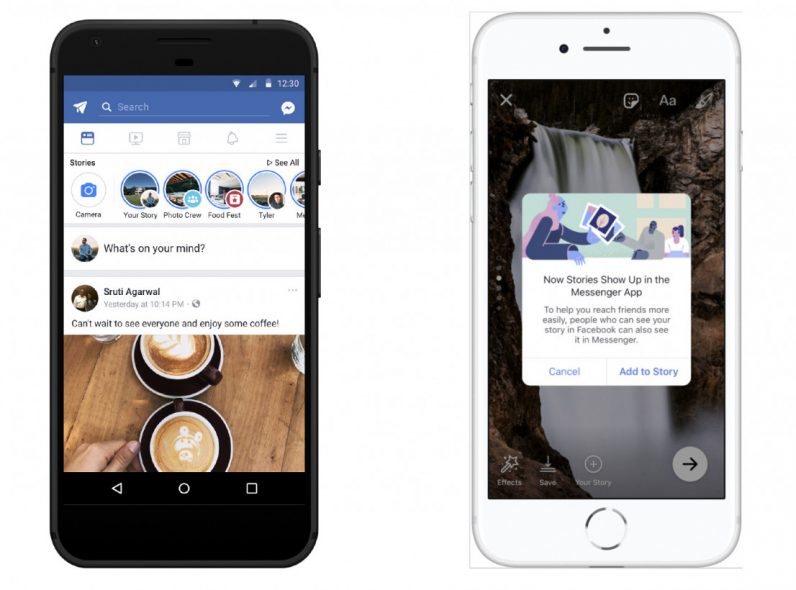 Facebook has integrated Messenger Day and Facebook Stories, making it easier when posting (if anyone ever does) Stories on these platforms.

Now, when you post something on your Facebook Story, it will also appear on Messenger and vice versa, and the fusion is simply called “Stories.” The company has four variations of Stories on its different networks: Instagram, WhatsApp, Facebook and Messenger Day.

The idea remains the same: users can post images or videos which disappear after 24-hours. Each app will still have its distinct effects, with Facebook’s masks and augmented reality Snapchat-style effects, while Messenger remains focused on stickers and drawings on the image. This allows users to keep on using the platforms the way they’re used to without having to share the same post on two different apps.

The crossover also ensures that you don’t watch the same story twice — once you’ve seen it on one app, it’ll be checked as seen on the other.

Facebook has also recently introduced collaborative Stories to events. When you attend a concert, for example, you can share your video or photo, creating a series of images and videos contributed by all who attended the event. The event Story comes up at the top of your screen, just like when a user uploads a Story. It’s one of various steps the company is taking to boost Story usage.

Now that Stories and Messenger Day have merged, and an Instagram crossover is on the way, the next step could be to integrate WhatsApp too.