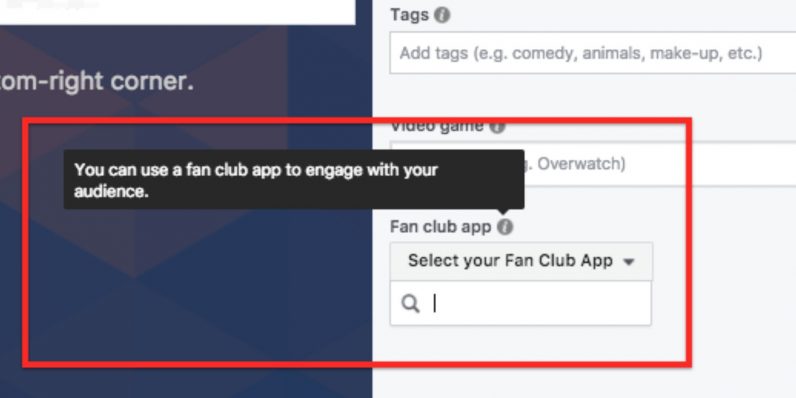 Facebook is quietly working on a mysterious new app for its Live Video platform. It’s called Fan Club App, and it appears to be specifically designed to help you and other influencers boost engagement with your audience.

Unfortunately, the social media giant is yet to enable Fan Club to users – even though the company is already testing a shortcut to the app within Live Video.

Here is how you can check it out, assuming you are one of the few people granted early access to Fan Club.

You can catch a peek at the screenshot below to get a better idea of what to expect:

While the Fan Club integration into Live Video appears to be live for some users, TNW social media director Matt Navarra, who is among the select few with early access to the feature, reports being unable to use it just yet. So you might have to hold off your enthusiasm for Fan Club for now.

“It’s no surprise that Facebook is testing yet another way for users to engage with live video content. Brands and influencers will appreciate this development as it gives them an additional tool to help grow their audience and and build their community on the platform,” Navarra said.

“What will be interesting to see is how Facebook will help FB Live producers create these Fan Club apps and what sort of innovative live video features it brings to keep them one step ahead of the competition,” he added.

Fan Club is not the only app Facebook has been keeping under the rug.

Back in September, the social network quietly released its own video group app called Bonfire. While the app launched with a slow roll-out starting exclusively with Denmark and the app store, it gradually became more widely available, eventually landing on Android too.

We have reached out to Facebook to enquire about its plans for Fan Club and will update this piece accordingly should we hear back.

Read next: Amazon Web Services is a juggernaut - learn how it can boost your career for just $34