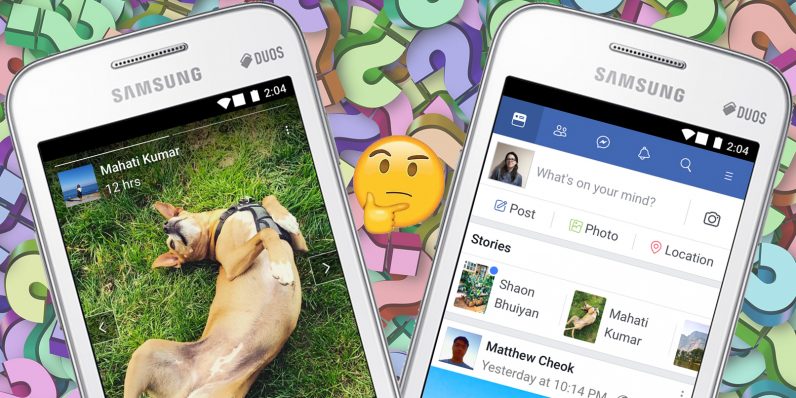 FB Lite is actually a remarkably useful tweak to Facebook’s “real” mobile app. It’s designed for those with less-than-stellar connectivity and allows users with limited bandwidth or slow speeds to be as depressed as the rest of us.

It’s only natural that Facebook would want to bring core offerings — things like Newsfeed, status updates, and camera/photo integrations — into its lighter alternative.

Stories? Not so much. It’s both strange, and seemingly contradictory to the overarching goal of the Lite — to provide the essentials of Facebook, while stripping away fluff. And Stories, regardless of what that one person who used it that one time tells you, is fluff.

It’s an ephemeral catalog of our daily lives, and one that provides a top-notch means of generating advertising revenue through story telling. That is, if Facebook figures it out. And in fairness, if a feature like Stories ever catches on, it’ll be because of mobile users (like those on FB Lite) — which is why it made no sense to bring it to desktop users, either.

In the grander scheme of things, it could still blossom as a useful feature if Facebook figures out better ways to integrate it into the overall experience. But it’s hard to argue you aren’t better off using much more polished versions offered by Instagram and Snapchat.

For now, it seems like dead weight. Or, maybe not.